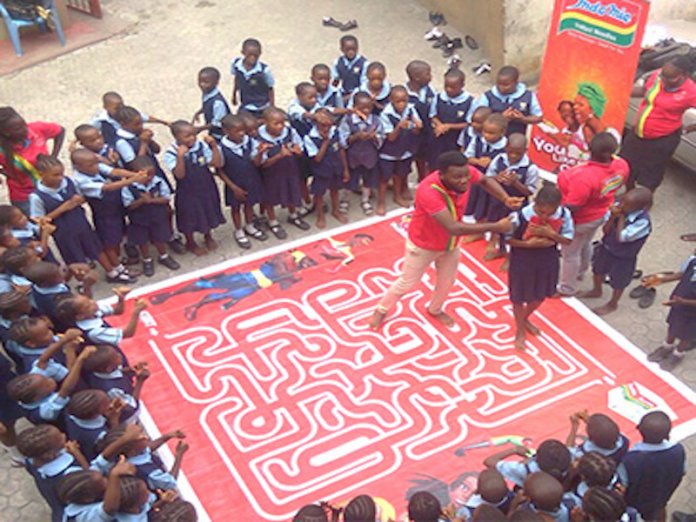 In a bid to put smiles on the faces of the less privileged and give them a sense of belonging in commemoration of this year’s Valentine’s Dat, Dufil Prima Foods, makers of Indomie instant noodles recently visited a home for the elderly, as well as a number of orphanages
The company donated food items, educational materials and several cartons of its products to the homes, just as the exercise was carried out in key cities across the country.

Speaking during the Lagos visits, the Group Public Relations and Events Manager for Dufil, Mr. Tope Ashiwaju said February is the month of love and one of the best times to show love and admiration. “The donation is an avenue for the company to show love to the less privileged in the society, including the orphans by putting smiles on their faces. In the spirit of the season, the management and staff of Dufil Prima Foods Plc want everyone to have something to cheer about.

“The visit is a continuous endeavour for us and it was just wonderful to see the smiles on the faces of the children and the senior citizens at the old people’s home when we arrived,” he said.

Ashiwaju added that the company believes in giving a reasonable proportion of profit earned back to the society, which it does through various corporate social responsibility initiatives and which he noted have far reaching effect in the lives of Nigerians. “In the past, we have donated medical equipment to hospitals to take care of children and mothers, refurbished town halls, donated laboratory equipment to schools and awarded scholarships at different levels of education.”
He said the organisation will continue to seek ways to make life better for people in various areas of human endeavor.

Receiving the Indomie team at the Holy Family Home for the Elderly, the home Coordinator, Reverend Mother Anthonia Adebowale commended Dufil for the regular support and encouragement towards the home, adding that the gesture will give them a sense of belonging and make the elderly feel loved during the season. “We are grateful to Dufil Prima Foods for the kind gesture and we hope other corporate bodies and individuals will tow the path of Dufil in reaching out to the needy.”