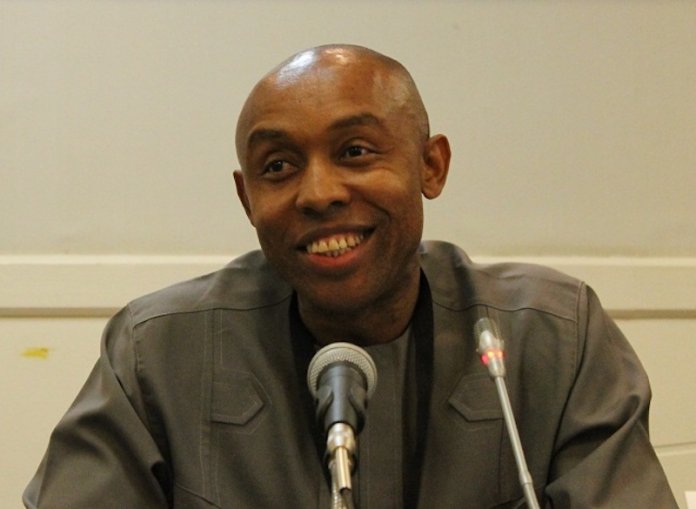 A former Chairman of the Governing Council of the National Human Rights Commission (NHRC), Dr. Chidi Odinkalu has raised the alarm that almost three weeks after the Rivers State High Court delivered judgment against him in a libel suit, the court has refused to release a copy of the judgment to enable him file his appeal.

Justice Augustina Kingsley-Chuku of a Rivers State High Court in Port Harcourt had on January 27 slammed a sum of N250million as cost against Odinkalu for allegedly publishing defamatory materials against a former governor of Rivers State, Dr. Peter Odili.

However, on the February 7, 2020, Odinkalu’s counsel, Mr. IC Opi applied for a copy of the judgment to enable him prepare an appeal on behalf of his client.

As at press time, the lawyer said that the court refused to give him a copy of the judgment.

On February 17, Mr. Adeyinka Olumide-Fusika, (SAN) who had since taken over as Odinkalu’s lead counsel wrote another letter to the court requesting for an authenticated copy of the judgment.

A copy of his letter obtained by THISDAY reads: “I now lead a team of lawyers acting for the defendants (Chidi Odinkalu and Ayisha Osori) in the suit in the above caption which was determined before his Lordship, the Hon Justice A.U. Knigsley-Chuku.

‘My understanding is that judgment was delivered in the suit on January 27, 2020, and my colleague Mr. IC Opi of the defence team, had on February 7, 2020 applied (copy attached) for the certified true copy of the judgment but is yet to be obliged therewith up till now.

“By Section 294(1) of the Constitution of the Federal Republic of Nigeria 1999, my clients are entitled to a duly authenticated copy of the judgment within seven days of the 27/1/2020 date of its delivery. The seven days had expired since February 3, 2020.”

Odili had in 2018 instituted legal action against the ex-NHRC boss for alleged defamation, demanding the sum of N1 billion as total and general damages and a public apology to be published in national newspapers.

Delivering judgment in the suit, Justice Kingsley-Chuku ordered the defendant to pay Odili N250million and an additional N300,000 as cost.

However, reacting to the judgment, lawyers to Odinkalu said they would appeal the judgment, adding that the defendants had already instructed them to do so.

The legal team had also faulted the judgment on grounds of bias, and misconduct, amongst others, and that a petition had already been written to the National Judicial Council (NJC) against the trial judge.

“We had in the course of proceedings filed a petition against the presiding Judge, Justice Augustina Kingsley-Chuku, before the National Judicial Council (NJC) for manifest acts of bias in clear breach of the Judicial Code of Conduct and violation of basic constitutional guarantees of due process, which made impossible a fair representation of the interests of our clients in the proceedings.

“Every effort to bring these breaches to the attention of the court was frustrated. Counsel was denied the basic right to present their case and when counsel applied to the court to recuse itself, the court repeatedly doubled down, ultimately forcing counsel to withdraw from further participation in the proceedings,” the legal team said.

The legal team added that as at the time of the reported judgment, there were appeals pending before the Court of Appeal against several rulings of the court, including its claim of jurisdiction.

It also noted that there is also pending before the NJC a complaint of judicial misconduct in connection with the proceedings in this case.

Odinkalu’s lawyers claimed that apart from Odinkalu, several users of the Court had also alleged bias against the judge.

Odinkalu’s lawyers claimed that apart from Odinkalu, several users of the Court had also alleged bias against the judge.

“It has not come as a surprise to us that other court users have alleged a similar experience in this particular court, including, most recently, the national Chairman of the All Progressives Congress (APC), Mr. Adams Oshiomhole, who similarly laid a complaint of bias against this same court.

“Our clients have instructed counsel to vigorously pursue legal remedies on his behalf, including appeals. They intend to do just that in faith that the Nigerian judicial system is eminently well equipped to correct every travesty”, the statement added.