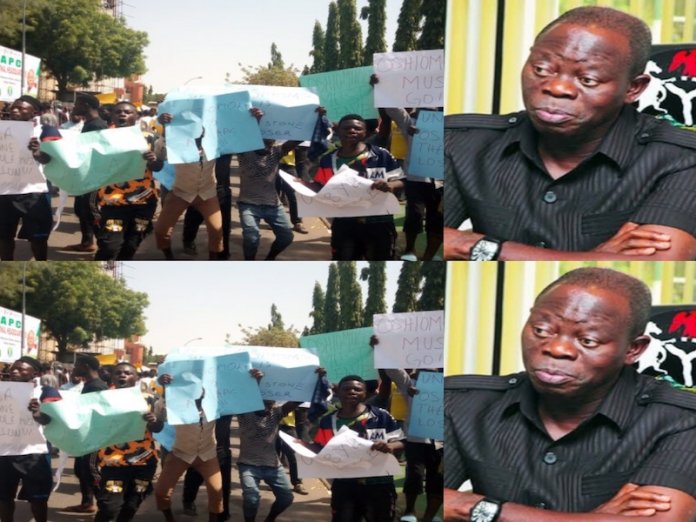 For the second consecutive day, a group of protesters besieged the national secretariat of the All Progressives Congress (APC) demanding the resignation of the National Chairman, Adams Oshiomhole.

The protesters under the auspices of Federal Capital Territory (FCT) Resident All Progressives Congress (APC) Youths Group said that the party lost elections in some states due to alleged interference from Oshiomhole.

The protesters were armed with placards with inscriptions such as “Oshiomhole must go”, and “President Buhari should either ask Oshiomhole to resign or sack him” among others.

The Convener of the group, Mr. Yinusa Yusuf, who led the protest, said that Oshiomhole through his leadership style has disunited and disorganised the ruling party.

He said the national chairman was responsible for many irregularities that had been going on in APC, stressing that these irregularities led the party to lose many aggrieved members and its structure.

He said that before the 2019 general election, the party faithful in FCT were forced to leave the party and worked for another party due Oshiomhole’s impunity.

Yusuf added: “We took that decision because we were politically rendered irrelevant. Therefore, Nigerians particularly stakeholders are calling that Oshiomhole who was bestowed with the leadership of this party has now presented himself as an agent of destruction and therefore we will no longer tolerate it.

“We are making it very clear to the caucus and stakeholders of our party that failure to sack Oshiomhole, we will leave the party for them. Oshiomhole must go because he has proven to be incompetent and lack ability to manage stakeholders.”

When contacted, the Chief Press Secretary to the chairman, Mr. Simon Ebegbulem, in a WhatsApp message said he doesn’t react to protest by unknown groups. 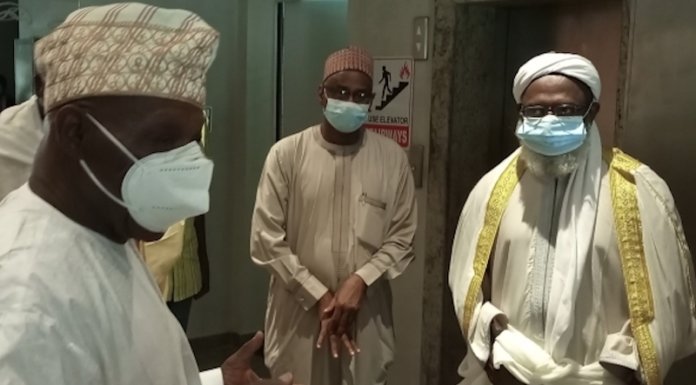