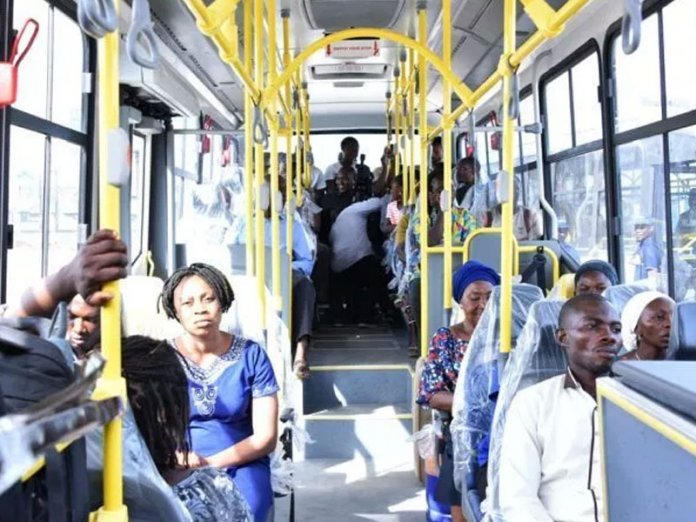 Lagos State government has provided 65 new buses to ease the movement of business operators, workers and others across the state.

This action followed the recent restriction order placed on motorcycles and tricycles in some parts of the state.

As a result of this restriction, many Lagosians have bemoaned the inconveniences that the new order has brought on their personal and business lives.

But the Lagos State government has assured that the new buses would ease the stress and other inconveniences faced by those affected by the restriction.

The new buses were inaugurated by the Lagos Bus Services Limited on the instruction of the state Governor, Mr. Babajide Sanwo-Olu.

Speaking further on this, Managing Director/Chief Executive, Lagos Bus Services Limited, Idowu Oguntona, stated that the move was an affirmation of Sanwo-Olu’s pledge to make the welfare of citizens a priority.

Oguntona added that the new buses would help reduce the vacuum that might have been created by the restriction of motorcycles and tricycles in 15 local governments and local council development areas by conveying a minimum of 35,000 Lagosians daily.

He assured Lagosians that they would enjoy the comfort of the buses on the new routes, adding that fares for the routes range between N100 and N500.

Continuing, he said: “Plans are at an advanced stage to add to the fleet, with no less than 550 mini-buses being expected.

They would be deployed to inner routes that are not currently being served by the high capacity buses.”

The Lagos State Government, had on February 1, commenced enforcement of the existing Transport Sector Reform Law 2018, banning operations of motorcycles and tricycles in some LGAs and LCDAs and restricted them from some highways, bridges, and roads.

The government explained that the ban was to reduce the high mortality from motorcycles and tricycles accidents.

“Okadas have been discovered to be part of the problem they set out to solve. Their riders are involved in accidents and breaking road rules,” Commissioner for Information and Strategy, Gbenga Omotosho, had said.