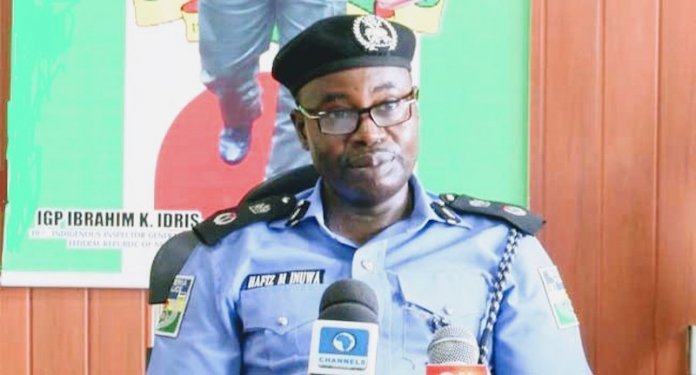 Delta State Commissioner of Police, Mr. Hafix Inuwa, has said that the the concept of Community Policing is so dear to the police authorities in Nigeria that political parties and criminal or questionable elements would not be allowed to infiltrate or hijack the process when it becomes fully operational.

Inuwa noted that community policing does not mean abandoning the maintenance of peace and security in any given area entirely to the people of that particular locality but “the issue is the community must be involved” in the process of protection of lives and property real-time.

The commissioner, who stated this while briefing newsmen in Asaba on activities of his command since taking over the leadership of the command in January this year, expressed confidence that the police would have fewer cases to handle with community policing.

Quoting the Inspector-General of Police (IG), Mr. Ibrahim Yusuf,  the Delta police boss noted that all states in the federation will participate in the recruitment exercise for the special constabulary towards the effective implementation of community police in the country.

“The issue of nation-wide recruitment into the constabulary, which is different from that of community policing, is ongoing but would operate with a Nucleus Committee as its pivot,” he said.

“There will be a Nucleus Committee that will be made up representatives of the police – who will guide the formulation and operation of the process – market women or traders, professionals, artisans, the media and students; because they know their respective communities, in terms of the local terrain,” Inuwa said.

He stressed that “No political party will be allowed to control the committee. Members of secret cults and individuals with questionable character will be excluded from the nucleus committee for community policing.”

Under community policing, “Not all cases will come to the police” because the nucleus committee will be able thrash out some cases currently brought to the police like land dispute.

“In that way, Police will have drastically reduced the number of cases it handles. In other words, the benefits of community police will include lightening the police workload, because some cases that shouldn’t ordiarily not be taken to the police are brought to the police,” he further said.

The police commissioner assured the people of the state that the state’s security architecture has been duly reviewed for better performance, noting that the arrest of 41 armed robbery suspects across the state, besides several other breakthroughs, between January and February indicates that the strategy is paying off.

While parading 82 suspects, including two fake soldiers and a father and son who ran an illegal arms factory in a hideout in Patani, he expressed regrets that some of these were achieved at great costs as some policemen lost their lives in the cause of duty, but promise that the command will not relent in its duty of protecting lives and property.

“Although, it has not been easy, the Command has within the period under review lost some committed officers in the cause of discharging their duties. However, this has not deterred us but has rather strenghtened the personnel of the command by putting extra efforts to achieve these remarkable achievements and breakthrough,” Inuwa said.