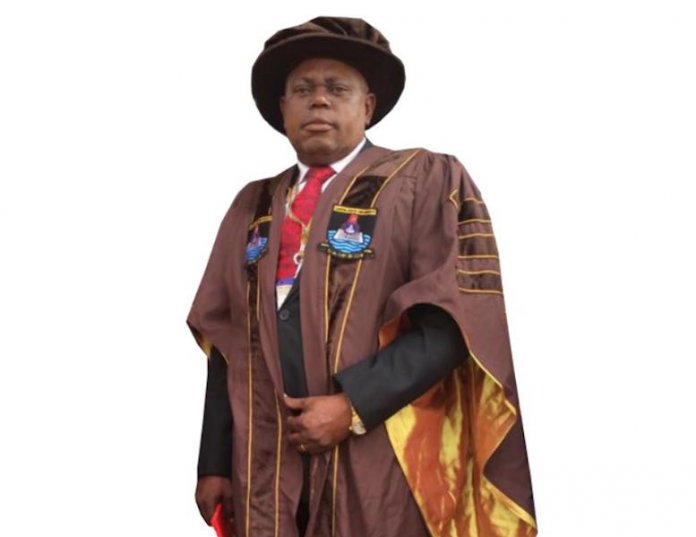 Professor Tayo Ajayi is the Director, Lagos State University Centre for Afrobrazilian Studies (LASUCAS) and a Professor of Linguistic and Portuguese Studies. In this interview with Funmi Ogundare, he highlighted the efforts the centre has been making to portray the rich culture of Lagos and Nigeria to Brazil through constituting a research group that will work on the rich Brazilian cultural heritage, so as to arouses learning among students, among other issues. Excerpts:

Why was the Centre for Afrobrazilian Studies established?

The centre is a creation of the senate of Lagos State University. A year ago, February 6, 2019, it was inaugurated and on March 1, when I took over as the director of the centre, the governing board was constituted. The centre was established to promote commercial relationships between the Afrobrazilian descendants’ entrepreneurs in Lagos and their counterparts in Brazil and serve as a liaison centre in partnership with the Brazilian descendants association. It was also established to promote tourism in Lagos in particular and Yorubaland in general, a greater understanding of Brazil and the Afrobrazilians through a programme of lectures, seminars, workshops and conferences; research projects and publications.

How will the centre promote in-depth research on the Brazilian cultural heritage in the institution?

The centre was established primarily to bring the town and gown together in terms of cultural and economic activities between Brazil and Nigeria, Lagos in particular and between Brazilian descendants here in Lagos and in Brazil. If you go to Lagos Island today, you have the Brazilian quarters otherwise known as Popo Aguda or Gbamgbose, most of these people could actually still trace their history to Brazil. Already, a research group comprising staff and students working on the rich Brazilian cultural heritage in Lagos have been constituted. Interviews have been conducted and many archives from the National Library, the Catholic Mission and the National Museum in Lagos have been consulted. So there is a lot for us to learn.

How would you describe the relationship between Nigeria and Brazil?

A lot of people were taken from Nigeria to Brazil and most of those taken to Brazil were taken to the northern part of the country; the State of Bahia now known as the city of Salvador and that is why after Nigeria, Brazil has the largest population of blacks. Both countries have been having mutual relationships and in 2005, when Brazil’s former President came to Nigeria, a bilateral agreement was signed to promote culture and economic activities between the two countries. In terms of culture, when you talk about traditional religion in Brazil, you are actually talking about the Yoruba traditional religion. In Brazil, the Yoruba traditional deities such as Ifa, Ogun, Yemoja, among others are venerated in that country till today. As a matter of fact, they make more money from organising such festivals to boost their tourism. They have the festivals of Oya, Sango and Yemoja; and each time they celebrate the Yemoja festival every year, they will first go to the seaside to do that. They see Africa, Nigeria and indeed thd Yorubaland as their ancestral home. Most of them always love to come to Nigeria.

What is the implication of Brazilian traditional culture to Nigeria?

For us here, the basic thing is for us to know that wherever we are, our culture will remain our culture. Unfortunately, people mix culture with religion here and they believe that anything that has to do with black religion is that of the devil, but it is not. If you go to Brazil and see the way they promote our culture, you will think the culture emanates from them. That is why our culture and festivals in Yorubaland is supposed to attract tourists and that is why the centre is trying to portray the rich culture of Lagos and Nigeria to Brazil and the outside world which will attract tourists from that country and beyond to Lagos State. It will encourage business partnership between the Afrobrazilian entrepreneurs in Nigeria and their counterparts in Brazil. If the Yorubaland were to be a single nation, we will be making more money from tourism, but we are in a larger society influenced by ethnicity. The Yoruba states are supposed to unite to promote our culture, security and transportation.

The Nigerian Brazilian history seems to have been lost among students, what effort is the centre making to awaken the learning among them?

It is unfortunate that history was once struck out from our curriculum. When we were growing up, we were taught about the history of Jaja of Opobo, Master Musa of Mali, Alafin of Oyo, among others. We thank God that history has been brought back into the curriculum and we are trying to ensure that we teach our students these history. The centre is aimed at creating awareness about the historical background that led to the relationship between Brazil and Nigeria.

How would you describe the perception of students who are just learning foreign language?

What is the role of the curriculum in making foreign language attractive to learners?

We have students who are studying Portugese/English. What that means is that what a student of English Language can do, a student of Portuguese can also do. Today, when you talk about international organisations in Nigeria, for instance, Economic Community of West African States (ECOWAS), graduates of French and Portuguese have opportunity to get lucrative jobs in such a place either as translators or interpreters. So the awareness is there. Part of what the students studying foreign language in school had to do is that once they get to their third year, they have to travel out to countries where Portuguese is their official language so they have a choice to either go to Brazil or Sao Tome and Principe. It is part of what the curriculum stipulates. Once they know the advantages inherent in studying foreign languages, the sky is not the limit for them.

Your centre recently organised the first international conference on Sharing Understanding on the Black Diaspora in the new world, what would you say was your major take away from the programme?

We had about 30 Brazillians that came all the way from their country to Nigeria for the conference and most of them were coming to Africa for the first time. They felt that they were in their ancestral home. They were happy to be here. I saw that the interest the Brazilians have for African language and culture is very high and I could see that if we are not careful, we will be studying our culture especially the Yoruba culture from them. Today, there are likely to be more Ifa worshippers in Brazil and America than we have here because our culture is more appreciated. We have a department of foreign languages here and we study Portuguese, so the centre has a lot of programmes for people. Every year, Brazil awards scholarships to foreign students to study any field of their choice in their country, but before you get that, you must pass at least one Portuguese course for foreigners which is called CELPE-Bras; it’s just like TOEFL, but in this country, the awareness on that is not much.

Sometimes Nigeria will send five or 10 students in a year, while some other countries like Togo or Benin Republic will send about 30, 40 or 50 students. So we have a course here where we train students on Portuguese so that they can benefit from the scholarship to go to Brazil. We currently have about 25 students that we are training for the scholarship because we just started, but for Portuguese degree programme, we have about 150 students now. They are very enthusiastic about learning the language. Some of the 100 level students were able to relate well with the Brazilians during the conference. We have a certificate course for people that want to learn Portuguese and diploma course for two years. We also have Yoruba for non-foreigners in conjunction with African Languages Department.