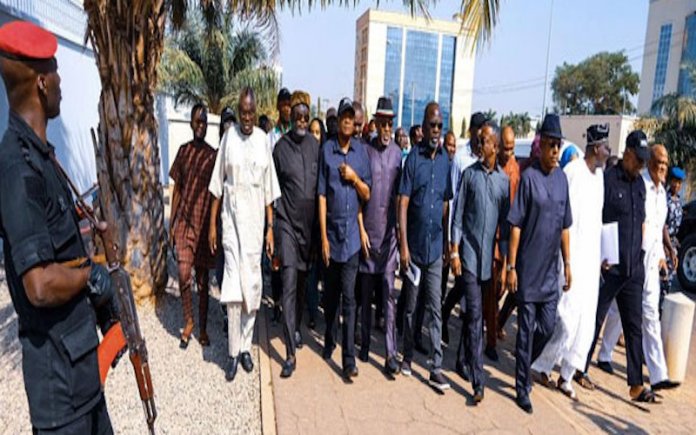 The leaders of the Peoples Democratic Party (PDP) yesterday resumed their protest at the United Nations, European Union (EU) and French embassies in Abuja to draw attention to what they described as the deplorable state of affairs in the country.

The protest, which was led by the PDP’s Deputy National Chairman (North), Senator Suleiman Nazif, took off from the party’s campaign headquarters, Legacy House, Maitama, Abuja, at 10.40a.m.

The convoy of vehicles conveying the protesters first headed for the European Union (EU) secretariat, located at the Central Area.

An official of the EU received the party officials at the gate, from where they were ushered into the main building at about 11.10a.m.

The party in a petition submitted by its leadership urged the international bodies to put pressure on the federal government so that it preserves the democratic institutions and ensure that the votes of the people count at all times. They further reminded the international organisations that most of their reports on election observations in the country recently have turned out negative, urging them to urge the federal government to urgently review and sign an Electoral Amendment Bill that will ensure that the votes of the people count.

Addressing journalists after the submission of the petition at the EU, Nazif expressed the party’s dissatisfaction at the intimidation of the legislature and judiciary which has made it very difficult if not impossible to have a credible electoral system. He demanded that the judgment in Imo State governorship election be revisited, reviewed and reversed so as to deepen democracy in the country.

He said, “We are not happy; we are not satisfied with the way democracy is being run in Nigeria. We have come here to complain because we have realised that the National Assembly is being intimidated by the executive. The judiciary is being arm-twisted; the rule of law has become mockery and we thought it wise to come and lay our complaint because they no longer listen to anybody and that is why the Peoples Democratic Party decided to reach out to the international community to lay complaint with respect to the Electoral Act that has not been accented to up till now; this is five years since the inception of this administration.

“You are aware of the systematic collapse in our electoral processes, the way elections are being conducted; in Kogi, we saw what transpired in the last election; Nigerians have seen for themselves what the opposition party is going through. We saw what happened in Bayelsa; we saw what happened in Imo with respect to the Supreme Court judgment and we are calling for a review of that judgment and we believe that with the amount of pressure from international organisations, I think the right thing should be done.”

Also speaking, the National Secretary of the party, Mr. Ibrahim Tsauri said, “democracy is being derailed in this country. Democracy in Nigeria has been built on five pillars: one the media, two the electoral empire – INEC, three the security agents, four the judiciary, five the international community. These are the pillars that support democracy in Nigeria. If one of these pillars collapses, democracy will derail on that side.

“Out of the five, only two are left, election umpire is compromised, you all know it. Security agents are part and parcel of APC government. Judiciary is being threatened and nobody has any confidence in the judiciary again. The only one that is now left is the media and the international community. The international community, anywhere there is going to be election, there are some monitors, they go and monitor, they bring in their reports, most of these reports are negative.

“This is why we came to the international community to tell them that this is the expectation of Nigerians from them and we want them to do exactly what is expected of them to do.

“In Nigeria today, if you talk about security, it is zero. When Buhari came into government he said that he is going to fight corruption, he was going to intensify on economy and then security, none is working now. This government does not listen to any voice except the international community; that is why we are here”.

The executives of the party were exclusively led into the inner reception area at the UN, EU and France embassies where they submitted the petition.

However, the officials of the three embassies declined to comment on the visit. 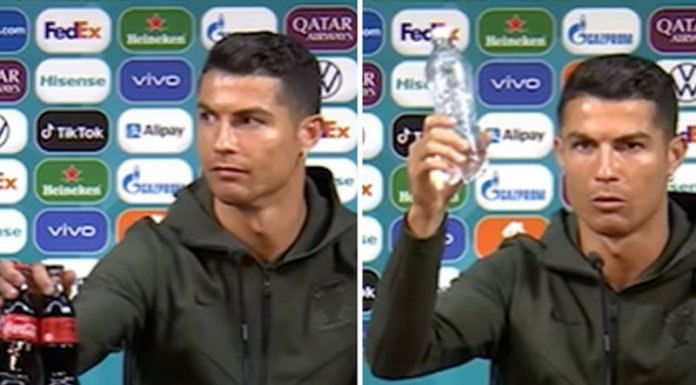