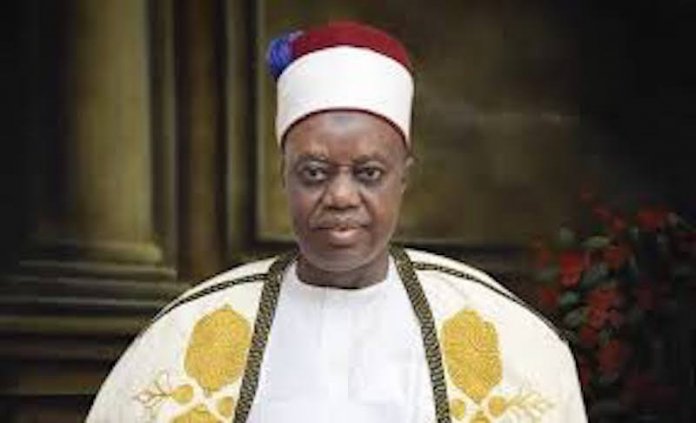 Emir of Lafia, retired Justice Sidi Bage Muhammad, has credited Vice President Yemi Osinbajo for the revolution going on in the judiciary sector in Nigeria.

The Emir, who is a former Supreme Court justice who stated this when he received the vice president at his palace in Lafia, recounted Osinbajo’s achievements as the Attorney General of Lagos and how it impacted the country as a whole.

“Your Excellency, today, I feel happy to receive you in this ancient palace. It has always been my dream in life that one day God will bring you here.

“I have my special reason for that, because those of us in the profession, the legal profession, we appreciate the fact that, Your Excellency, you are a pacesetter. We remember your revolution as the Attorney General of Lagos State, which led to the first major review of the rules of court we had in Nigeria. The Federal Capital Territory borrowed from Lagos at that time to review its judicial system,” he said.

The Emir added that it was during Osinbajo’s tenure as Attorney-General of Lagos State that far-reaching reforms were introduced to the Centre of Excellence.

“Your Excellency, it’s during your time that we witnessed innovations in the delivery of the justice. You indeed made the system so easy. We witnessed during that time the existence of the multi-court house. Many states borrowed from Lagos and this has become norms in many states. I wish to task the federal government to borrow from Lagos on how you were able to implement those reforms in Lagos. As the vice president, I believe you have so much work to do.”

He described the President and his deputy as exemplary leaders who are taking Nigeria to greater heights.

“We hope Nigeria will continue to benefit from your tremendous experience, your good character exemplified by two of you the President of Nigeria and you as deputy. No one can doubt the fact that two of you are the best in character and exemplary leadership,” he said.

The vice president, who was in Nasarawa State for the 26th edition of the MSME Clinics, was accompanied by Governor Abdullahi Sule of Nasarawa State and other members of his office.