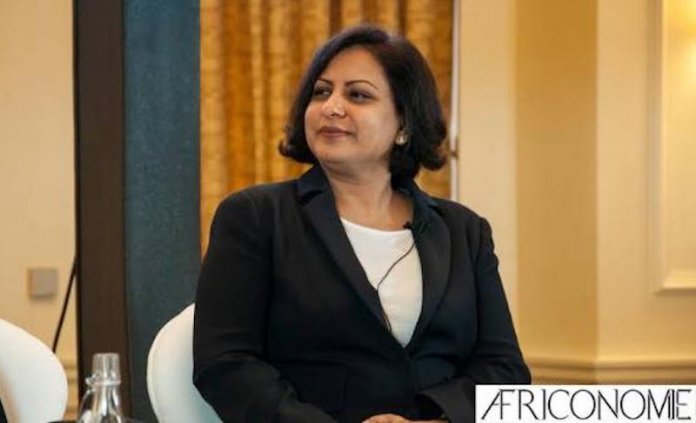 Standard Chartered Bank’s Chief Economist for Africa and Middle East, Razia Khan, has advised the federal government to focus more on how to raise more revenue to enable it fund the country’s deficit budget.

The economist stated this recently in Lagos, when she presented the bank’s economic outlook for Nigeria in 2020, pointing out that with the new minimum wage, more was needed to be done to ramp up revenue to face the challenges.
She added that the Finance Act which raised the Value-Added Tax (VAT) from five per cent to 7.5 per cent was a laudable step towards increasing revenue.

Khan said: “It is very clear from the concerns that were outlined by both Moody and Fitch last year that the one thing Nigeria will have to focus on in a big way is revenue mobilisation.

“We have seen the announcement of the minimum wage increase and it is clear that something need to be done to address the challenges that will be created for state governments’ finances.

“The VAT increase was the obvious solution at the time it is going to be implemented even though some will argue that the rate of 7.5 per cent is not really that high. It is still well below the regional peers. It is still a step in the right direction.”

The chief economist also noted that the closing of land borders was a way of scruitnising leakages in customs’ revenue, adding that the impact of that from official data looked to have been positive.

“The question now really is why we see so much weakness in other elements of revenue within the short term. Will the Q1 2020 deliver something different? Will we see sustained progress quarter after quarter? As the Nigeria economy recovers will, we be seeing better revenue mobilisation?

“But it is clear for the fiscal authority the most important driver of the policy platform will be what they do with revenue mobilisation. This is Nigeria’s biggest challenge but it is also an opportunity because it wants to preserve space for borrowing it has to do that by addressing revenue at the very outset,” she added.

However, throwing more light on the bank’s view about the revenue challenge versus debt burden controversy, Khan explained further: “A very key matric that everyone needs to pay attention to is the revenue to debt service ratio. We think the fiscal authority is already reacting to this. They have outlined their intention to seek more concessional sources of financing wherever they are available.

“I think there is this realisation at the Ministry of Finance level that the room to keep on borrowing to drive the spending intent is not unlimited. And that Nigeria needs to show that it is making a difference in controlling the near term cost of debt servicing as much as possible by ramping up the revenue.

“It is not going to do one without looking at the other. It has to do both at the same time. The key to this success is to improve revenue growth otherwise creditors will lend at higher rate of return if they think that the risk is higher because the revenue growth isn’t there.”
Also on the issue of investors’ confidence in Nigeria in terms of policies and regulations like the recent ban of commercial motorcycles and tricycles in Lagos, which had been protested by the investors in that space, she said investors were still very confident in Nigeria.

Khan said: “I haven’t seen the big picture but I will say that this is going to be a short term issue in the Nigerian economy. I think the bigger issue is the settling of some disputes that have captured investors’ attention with the imposition of fines on some companies making headlines around the world and people reacting to that in such a way that there will be a lot concern around investment environment in Nigeria.

“And those concerns have really faded in the recent past. So, I don’t think that investors are taking much more negative view about Nigeria. There is always an element of regulatory risk and investors have to be nimble enough to be able to read how local conditions are likely to change.”