A report by an intelligence gathering firm, SBM Intelligence, has shown that 22 people were killed and 22 others kidnapped in the Federal Capital Territory (FCT) in the last one year.

The report put the number of unemployed youths in Abuja and four contiguous states of Kaduna, Kogi, Niger and Nasarawa at  2.2 million and described the situation as a trigger for the rising crime wave.

But in a swift response, the FCT Police Command said it was doing all it could to make the territory safe, adding that its efforts led to the arrest of  992 suspected criminals in 2019.

SBM Intelligence, an arm of SB Morgen and a partner to Stratfor, one of the leading private intelligence agencies in the world, is an organisation devoted to the collection and analysis of information in support of governments, businesses and NGOs.

In a report entitled: “Rising Insecurity in Abuja,” which covers February 2019-February 2020, the firm said the spiralling crime wave in Abuja led to the death of 22 residents while 22 others were kidnapped within the period under review.

It said the capital city was gripped with the impact of the insurgency and other criminal activities ravaging the country.

The report also tied the wave of violence to unemployment and conflicts in contiguous states to the FCT, notably Kaduna, Nasarawa, Niger, Kogi and North-central states of Plateau and Benue.

“About 12 people, including a policeman, were killed during a violent clash between the IMN and security operatives. A Channels TV reporter, Precious Owolabi, died of his injuries, alongside a deputy commissioner of police.

“A police inspector killed a corporal, injured a deputy superintendent of police, then shot himself.

“On the evening of February 2, 2020, a fully loaded Toyota Previa bus was forced off the Piri-Kwali road in Abuja, Nigeria’s capital, by gunmen who shot at the vehicle.

“The spokesman for the FCT Command of Nigeria’s Police, DSP Anjuguri Manzah, said that four suspected kidnappers were arrested and ‘some of the passengers were rescued by a joint effort of the police and some youths of the nearby community, while others were still with the kidnappers,” the report noted.

The report added that Manzah’s statement did not give an exact number of rescued victims.

Contrary to the claims of the authorities, sources confirmed to SBM that the vehicle was fully loaded with seven people and that none of the kidnapped victims have been rescued.

The report further said: “Since the kidnap incidents in October, FCT residents have experienced more incidents and attacks by kidnappers. In November, gunmen abducted the traditional ruler of Rubochi, Mohammed Pada.

“The two sons of the traditional ruler sustained various degrees of machete cut injuries in a struggle to rescue their father from his abductors. One of them later died of his injuries,” the report said.

SBM Intelligence noted that “On December 15, 2020, gunmen killed a middle-aged man, Mr. Usman Dadonyi and abducted his son, Nasiru Usman, at Sukuku village in Kwali. A resident of the community who preferred anonymity said the incident happened after up to 20 gunmen invaded the community, shooting repeatedly,” it stated.

The report identified Abaji as another area under increasing attacks by kidnappers.

“It is important to note that these areas are outlying towns that lead into the main city, where security is poor and residents lack electricity and other basic amenities, which gives kidnappers the latitude to carry out their activities,” it noted.

It said recreation centres, including open-air gardens and parks in the city, created to aid social interaction and relaxation, were no longer safe zones for residents as they had been turned into operating areas for bandits and armed robbers.

On crime outside the city, SBM Intelligence said: “The Abuja-Kaduna road is the major highway which links the North-east with the FCT. This road has come under sustained attacks from bandits who have abducted many and demanded millions as ransom.”

It observed that the situation had led many commuters to abandon the road, resorting to the use of rail for travelling instead, while the communities around the train station in Rigasa have witnessed and reported incidents of kidnap by bandits as they exit the train station.

“The spike in the crime rate in the FCT may not be unconnected to the rising level of youth unemployment in the country. Abuja is located in central Nigeria and borders four states, all of which are experiencing varying degrees of conflict.

“As people escape violence from the pastoral conflict in their villages in the troubled regions, the strain is felt on the city’s resources. Young people, mostly unskilled and uneducated get trapped in the prevailing unemployment fix and resort to crime for survival,” it said.

When contacted for the official position of the FCT administration to the report, the Senior Adviser to the FCT Minister, Mr. Abubakar Sani, declined to respond, saying it was a rehash of an old story.

Meanwhile, reacting to the reports on insecurity around Abuja, the FCT Police Command has stated that it arrested 992 suspects in 2019 alone.

He said exhibits recovered by detectives of the command within the same period included 81 firearms, 118 live ammunition, 60 stolen cars, cutlasses, daggers, knife and housebreaking equipment, among others.

“Building on its successes for 2019, the command recently paraded 51 suspects arrested between December 27, 2019 to January, 2020 for armed robbery, cultism, kidnapping, rape, culpable homicide, impersonation, etc. The exhibits paraded alongside the arrested suspects are: 10 firearms, 125 rounds of live ammunition, 12 cutlasses, one car, one Tricycle, 74 phones,” he explained.

He noted that the proactive efforts of the FCT Police Command and gallantry displayed by its personnel led to the foiling of a major attempt by some armed robbery suspects to rob a bank at Mpape on December 28, 2019.

Manzah added that the five suspects linked to the crime have been arrested with investigation concluded, while the court has fixed February 14, 2020 as the date for their arraignment at High Court 22 Wuse Zone 2.

He said the recent negative reports on insecurity in Abuja were exaggerated and  aimed at belittling the laudable crime-fighting successes recorded by the command, in collaboration with FCT residents. 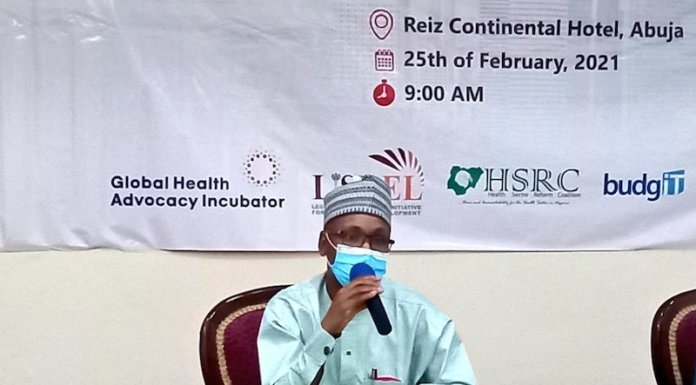