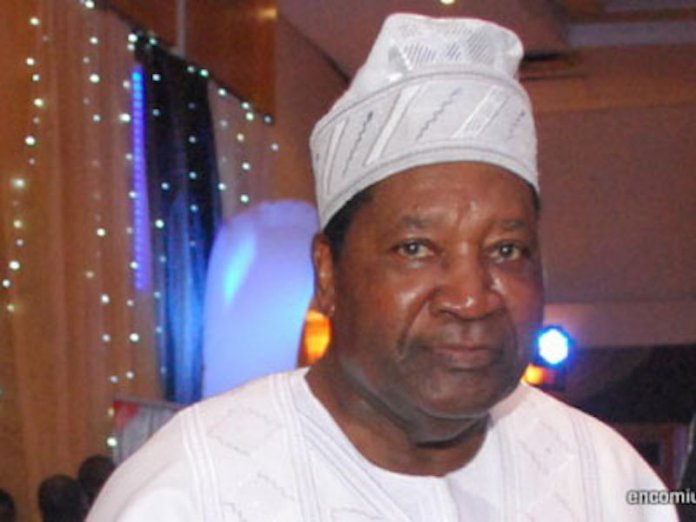 There are very few men indeed in living memory who have garnered so much attention in recent time and in Nigerian space, whose stories are told within the hush of secured veneration, and whose lamps never seem to go out – even when their personal ink-pens have dried up. With the recent 5th year remembrance held for the late Chief Molade Okoya-Thomas by family and friends, it comes upon the mind to race time, build empires, and pass into the gentle night with a genteel saunter.

The event that centered around the late Chief Molade was held at the Oriental Hotel, Victoria Island, Lagos. Something along the lines of a church service, the affair was both refreshing and exhilarating. It featured praise and worship songs, and at the end of it had those in attendance properly satisfied, spent, and grateful for a life well lived.

The ceremony officially got off its haunches with Rev. Fr Marcellinus Teko (from the midst of Pastor Ituah Ighodalo, Pastor Kemi Onalaja, Rev. Samson Adedokun and Rev. Austin Omamia) at the head, stirring the hearts of those in attendance with a prayer. Following him was BJ Sax, whose music ministrations roused the souls worship. Behind these devout sessions were more prayers, hymns, Bible reading, tributes, and even a special rendition by Bola Udom.

Honourable Jumoke Okoya-Thomas, the daughter of Chief Okoya-Thomas, gave the welcome address. In it, she earnestly expressed thanks to those who had taken time out to honour her late father with their presence.
At the other end of the event, Deji Okoya-Thomas also thanked the attendant folks for coming, after which Pastor Kemi Onalaja prayed for the family, and the guests enjoyed a remarkable afternoon/evening reception ceremony with the Okoya-Thomas family.