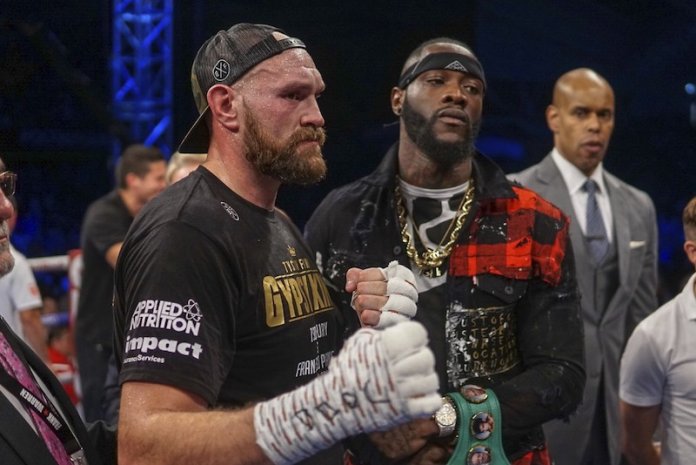 The long-awaited rematch of heavyweight titans Tyson Fury and Deontay Wilder, taking place in Las Vegas on Saturday 22 February will be broadcast on DStv, live on your World of Champions.

Wilder versus Fury II has been highly anticipated since their first meeting, when Wilder retained his WBC title via split draw after Fury sensationally rose from a 12th-round knockdown to finish the fight. It is one of the most memorable moments in heavyweight history and has raised the stakes heading into the rematch.

Wilder and Fury kicked off their media tour with an event in Los Angeles and, as expected, pulled no punches. “Deontay Wilder hasn’t been returning my calls or messages since last time,” Fury said. “He’s trying to keep his distance. He didn’t want to be around me so I can get in his head. “He’s going to try to (end it with) the right hand. If I’m stupid enough to get hit with it, I deserve to lose. I hit the floor twice in the first fight, but it’s all about how you respond. I’m a fighting man. If he can’t finish me, I’m going to eat him up.”

Wilder was more emphatic in his prediction: “I knocked him out the first time we fought,” he said, referencing the dramatic knockdown that seemed to have finished Fury before he beat the count. “I told him two years ago I was going to baptize him. Rising up is part of the baptism. This is unfinished business. Because he’s in WWE, I’m going to make sure he gets knocked out of the ring, I might even come down with a flying elbow from the top rope. “I’m going to do exactly what I said I would do. I’m going to knock him out. I’m the lion. I’m the king of the jungle. It was a very controversial fight. I promise my fans that there won’t be any controversy with this one. I’m going to finish it.”

Although both fighters are skilled in smack talk, it was still a surprise when Fury declared he can knock Wilder out within the first six minutes, something he’s hoping to produce under the tutelage of new trainer Sugar Hill Steward.

Aside from the fighters’ charismatic personalities and their penchants for wild public statements, this matchup is fascinating because it pits Fury’s boxing skills against Wilder’s ferocious punching power. Fury would have claimed a decision on the scorecards if he hadn’t been knocked down twice yet insists he must win by knockout to get a decision in the US.