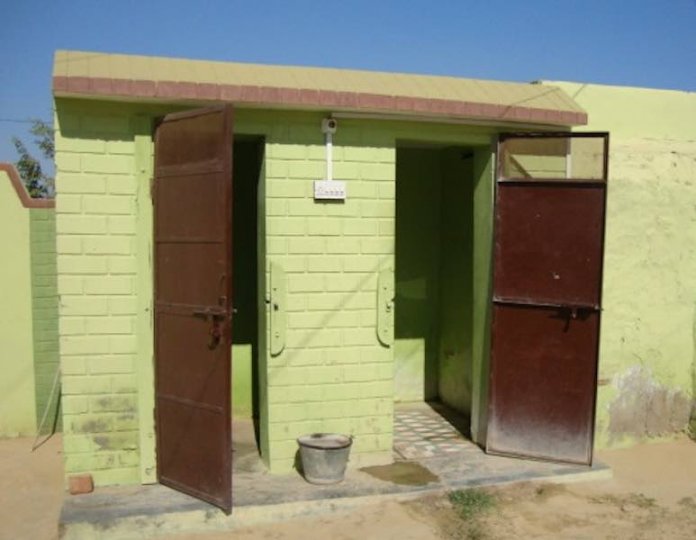 Everybody defecates and very few people ponder where the excreta go. Most people wipe or wash or do both and walk away never looking back. Those who do it in the open pick new spots from time to time. The fundamental question that should bother everyone is where the sewage goes and where does the drinking water come from? Can they mix? Do they mix? This is what excreta management in the context of open defecation is all about. This is why it is important for the federal government to lead the campaign for open defecation-free Nigeria by containing the micro units of faeces finding their way back to the dining table. Nigeria must learn from India. Writes Bennett Oghifo

Like India, Nigeria has vast lands and a huge population that is put at close to 200 million people. Everyone either squats or sits to do their business, most times oblivious of where the waste left behind goes. Only those who engage in open defecation are compelled to choose different spots to avoid stepping on fresh ones until it is safe to return to a previous spot after the waste biodegrades.

This unsafe open defecation is practiced by 50 per cent of Nigerians, according to official data. In a 2016 document, ‘Making Nigeria Open-Defecation-Free By 2025: A National Road Map’, the Federal Ministry of Water Resources says, “Nigeria is among the nations in the world with the highest number of people practicing open defecation, estimated at over 46 million people. The practice has had a negative effect on the populace, especially children, in the areas of health and education and had contributed to the country’s failure to meet the MDG target.”

Open defecation brings with it significant health risks, like avoidable deaths from diarrhea, cholera, and typhoid, as well as insecurity issues, particularly for women and girls who become rape victims because they can only do their business in the dark.

Eradicating open defecation is thus an onerous task that must be marched with adequate funding and unequivocal commitment, as did the government of India in October 2014 up to October 2, 2019 when it declared India open defecation free.

Centre for Science and Environment (CSE), a leading New Delhi (India) – based research and advocacy body, said it has been working to highlight issues, concerns and practices related to rural sanitation in India and Africa.
In January, this year, CSE organised an Exposure Visit-cum-Briefing Tour to India for journalists in Africa, “to understand the linkages that exist between environmental issues (such as sanitation) of the two regions and their communities; to witness and know about best practices; and to share reporting experiences with Indian counterparts.”

CSE said its reason for the tours and briefing is that “Africa and India are two vast lands, two peoples, but with similar issues, problems and concerns. Whether it is open defecation or the devastating effects of climate change, we struggle and toil with the same kinds of environmental problems and with similar impacts. However, the way we respond to these problems and challenges may differ from country to country – and therein lies an opportunity to understand these issues better and to learn from each other about solutions, about what is working and where.”

He said water and sanitation is being looked after by departments at the state level but that at the national level they provide guidance and technical assistance, as well as funding.

Under sanitation Swarat Bharat Mission, he said was one of the activities of the national flagship programme, adding that the cleanliness campaign focused on open defecation elimination in the country, and that they achieved ODF status by October 2, 2019.

Employing the Swarat Bharat mission, “we divided the whole country into two components, one is rural and urban, and our ministry was focusing on the rural areas, basically villages to make them open defecation free.”

He described open defecation as behavioural issue “because people have been doing so for ages, since they have land that they just go into and defecate in the open.” So, they turned the mission into a major behavioural change programme, focusing on the women, girls and the elderly.

The most common challenge with the behavioral change programme was how to develop the right communication strategy, considering the large land mass, 150 households. “We have different topography, religion, languages, taboos, different backgrounds and their habits, and culture. So, how to take care of all that was a big question.

“Many times, going open defecation was also associated with their religious practices, because some people will like to go near a river to defecate and then wash themselves in the river even though they called the river holy. So, this was one of the biggest challenges and we try to make them understand that this is your holy river that you are polluting; it does no good to anyone.”

Then was the big challenge of construction of toilets and how to motivate people to build them, in addition to providing funds to those who would do so. “Somehow, we got sufficient fund, and it was good partnership between the state government and central government and we were able to provide about $20 billion for the construction of toilets for this particular projects in the last five years.

Other challenges were water for use in the toilets, database capturing those who actually need the toilets and this led to the creation of decentralised database being operated at all levels- States, Districts and Blocs. Getting that information became a big challenge, as well as how to monitor the progress.

“We try to address that by involving everyone with different political background, though some parties had favourable condition for the programme, others were not, some states went ahead to modify the name of the programme, having a different name. So, these are some of the challenges that we have to work around.

“We can’t say its 100 per cent compliance, because new households are coming up and they need to be provided with toilets the most important thing is that we should be able to stop people from open defecation and start using the newly built toilets.”

In all, it took political leadership, partnership, public funding, and people’s participation to make the mission the largest sanitation revolution in the world.

On whether India’s ODF status is sustainable, he said going forward, this new behaviour would have to be sustained and turned into a habit. People were forced to have toilet at home by triggering behaviour change, he said.

“This is a big challenge, sustaining the status of ODF. We realised about two years back that it will be a challenge and people should not slip back and go back to open defecation. So, for that reason, we try to reinforce that behavior again and sensitise them that they need to continue with it.

“We have already devised a new programme which focus will be on sustainability and so we thought people should be using toilets and maintaining them.

“So, talking about ODF, we realised we need to link it to other programmes to sustain it, sustainability is an important element of our next phase of the programme.”

There are two types of pit toilets – the single pit and sanitary twin pit. “We have the twin model built with indigenous technology in India. It is one meter deep with one meter diaphragm.” There has a lever that controls a valve which can be closed when a pit is full to divert excreta to the second fresh pit. Meanwhile, the pit that is full is left for between six months and a year for the waste to dry up and undergo anaerobic treatment. It is then scooped as harmless material that is used as manure for crops.

Next, the group headed North by road, travelling by bus 600 kilometers out of New Delhi to villages and locations in the Indian state of Rajasthan on tour of the sanitation and water facilities in Churu District in northern India. The desert town of Churu is the administrative headquarters of the district. It lies in the Bikaner region of northern Rajasthan and shares boundaries with the Hanumangarh District to the north, the Haryana state to the east, the Jhunjhunun and Sikar districts to the southeast, the Nagaur District to the south, and the Bikaner District to the west.

Churu was one of the towns that declared open defecation free status early in the programme. The locals were welcoming and they presented their twin toilets and their local rain water harvesting infrastructure and demonstrated how they manage the water all year round.