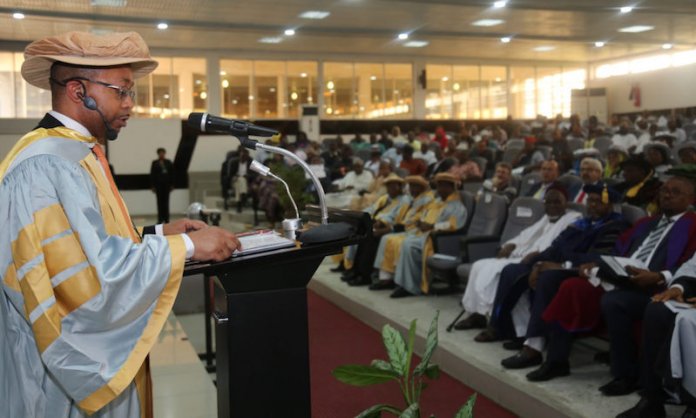 In an effort to promote positive attitudinal change among youths, the Strauss School of Music and United States Embassy is hosting a New York-based band, the Huntertones in the country on an American Music Abroad (AMA) 2020 series aimed towards global peaceful coexistence nurtured early among students.

The Cultural Affairs Officer at the US Embassy, Mr. Sterling Tilley, said the aim of the visit is to establish a connection with the Nigerian youths, recognising the importance of creative and constructive outlets as opposed to engaging in harmful or violent behaviour.

“American Music Abroad artists represent the new generation of musical ambassadors; reaching beyond concert halls to interact with other musicians and citizens around the globe. The aim of this visit is to establish a connection with the Nigerian youth, recognising the importance of creative and constructive outlets as opposed to engaging in harmful or violent behaviour,” Tilley said.

A member of the Huntertones band, Mr. Dan White, speaking at one of the concerts hosted by the Strauss Preparatory School, Maitama, Abuja recently, said they are using their music to inspire the young children who played audience to the concert that they can become what they want to be if they work hard.

He said Huntertones also encountered challenges at the start, but through determination and hard work, they became an international band and that is the type of lesson they want the youths to learn through the music they play.

“We are here as cultural ambassadors to share music with Nigerians for a week. Today we want the young children to be inspired, work hard and dream about what they could become. Because for the Huntertones inspiration was our driving force,” he said.
Also speaking, the Director of the Strauss Schools, Ms. Golda Obi said the school made music a key curriculum because it prepares young children for the wider world.

She said students who learnt music and creative arts have an extra edge over their peers who did not.
“Communities are now about human interactions. Music is an ice breaker, it’s a story because education has become so universal, it’s expected that every child will be good in maths and English. But, I have found that the question students meet at interview is ‘what else are you about?’, and at Strauss we’ve decided that we must give our pupils that what else to talk about,” Obi said.

A Strauss parent, Ms. Too Attah lauded the concert, saying that the programme will inspire the children to learn how to play instruments.
Huntertones has been described as a band that brings people together around the globe with fun, imaginative and fearless music. Their high energy, horn-driven sound features genre bending composition and unconventional covers. Every show is a social experience celebrating the joy of music.