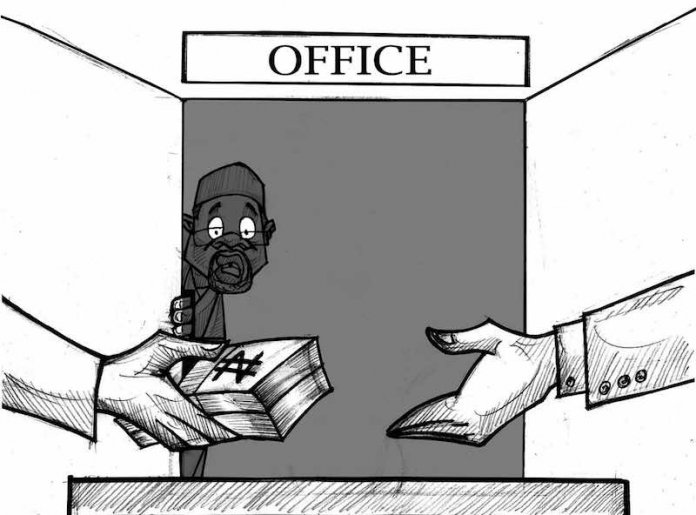 The response of the Economic and Financial Crimes Commission (EFCC) and the office of the Attorney General of the Federation to the 2019 Corruption Perception Index (CPI) released last week by Transparency International (TI) which ranked Nigeria 146 out of 180 countries is both unnecessary and unhelpful. The right attitude would be to accept the report as yet another wake-up call on the challenge of fighting a scourge that has been with us for a long time.

However, to be consistently rated low not only on the anti-corruption war but in virtually all critical indices of development is a sad reminder of what we have left undone. What is certain here is that our leaders have not got it right in terms of judicious allocation of resources for the benefit of the populace. The monumental waste in the name of governance at virtually all levels has all combined to deny the people a decent living standard and rendering our country perpetually underdeveloped. This is the time for our governments across all tiers to put on their thinking caps on how to redress the situation.

According to the 2019 CPI released last Thursday, Nigeria scored 26 out of 100 points, falling by one point compared to 2018. Nigeria is also ranked this year at 146 out of 180 countries – two places down compared to 2018 results. In explaining the ranking, the Civil Society Legislative Advocacy Centre (CISLAC) said the index aggregates data from different sources that provide perceptions by business community and country experts of the level of corruption in the public sector. “The negative result from this year provokes tough questions. Despite the proclaimed war on corruption, why is Nigeria perceived by Nigerians and the international community still as very corrupt? The Government of Nigeria claims winning the war on corruption, but is this statement backed by evidence?” asked CISLAC Executive Director, Auwal Rafsanjani.

In calling for a holistic approach in the efforts to combat corruption in Nigeria, participants at a seminar in Abuja last year identified a lack of institutional capacity in the anti-graft agencies and leadership deficiency. It was also observed that the absence of credible data has made fighting corruption difficult in the country while both the domestic and international communities still perceive government efforts as slow, selective and grossly ineffective. In the course of the sessions, the roles of the executive, the legislature, judiciary and the media were dissected by the participants. The conclusion was that without all these critical stakeholders working together, it would be difficult to successfully tackle the menace of graft in the system. They observed that there should be more emphasis on preventive measures through the enactment of relevant laws by the National Assembly. Anti-corruption efforts, it was also agreed, should be driven more by institutions rather than personalities.

Other conclusions were that there should be a national policy and comprehensive strategy based on accurate awareness of the strengths, weaknesses, opportunities and threats to fighting corruption within the Nigerian society. Besides, the approach must also include taking the highest risk with potential to make the maximum impact by including prevention, education and enforcement. At the end, there was a consensus that in the efforts to rid the country of the stigma of corruption, a lot more remains to be done by the agencies saddled with the assignment. The federal government was also urged to involve the people at the grassroots whose drive would further compliment the efforts of the institutionalised agencies.

Rather than attack TI, these are some of the issues the federal government should try to address in the war against corruption.