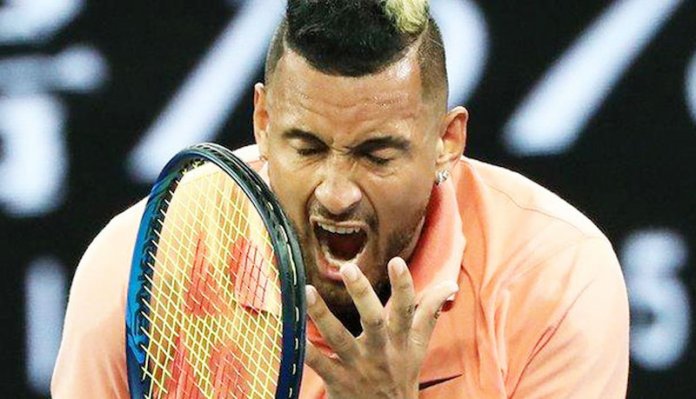 The Australian, 24, needed nearly four-and-a-half hours to win a tense third-round match against the Russian – having led by two sets and a break. But he came through in a final-set tie-break at a boisterous Melbourne Arena.

“It was definitely one of the craziest matches I’ve ever been a part of,” Kyrgios said.

Kyrgios leads 2-1 in his head-to-head record on hard courts against Nadal, with whom he has rarely seen eye-to-eye, although the 19-time Grand Slam champion leads 4-3 on all surfaces.

The pair, who will meet at Melbourne Park on Monday, last faced each other on grass at Wimbledon in July when Nadal won in four sets.

The world number one wrapped up a straightforward win almost seven hours earlier than Kyrgios, whose brutal contest against Khachanov lasted for four hours and 26 minutes.