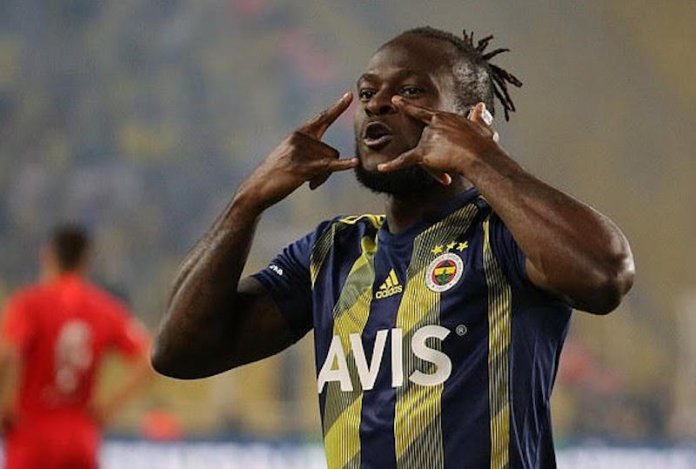 Inter Milan are reportedly nearing the loan signing of Victor Moses after he agreed personal terms with Antonio Conte’s side.

Conte, who is in search of wing-backs after being unimpressed with Valentino Lazaro and Cristiano Biraghi, is looking to reunite with Moses having coached the 29-year-old at Chelsea between 2016-18.

And according to Sky Italia, Moses has agreed personal terms with the Serie Aoutfit with him ready to leave Fenerbahce – where he is currently playing on loan from Chelsea.

Inter – who sit second in the Italian top flight behind Juventus – have put in a loan offer with an option to buy from Chelsea.

And Chelsea boss Frank Lampard confirmed on Monday afternoon that Moses is set to come back to west London in order to move elsewhere.

Ahead of Chelsea’s Premier League encounter with London rivals Arsenal, Lampard admitted: ‘On Moses, he is coming back with a view to going somewhere else. Talks are ongoing.’

Moses is looking for a fresh opportunity away from Fenerbahce, where he has only played seven times in all competitions since joining on loan in January last year.

Moses won the Premier League under Conte at Chelsea in 2017, while also lifting the FA Cup just a year later.

The wing-back played an integral role under the Italian manager, featuring 34 times for Chelsea during their triumphant 2016-17 Premier League campaign.