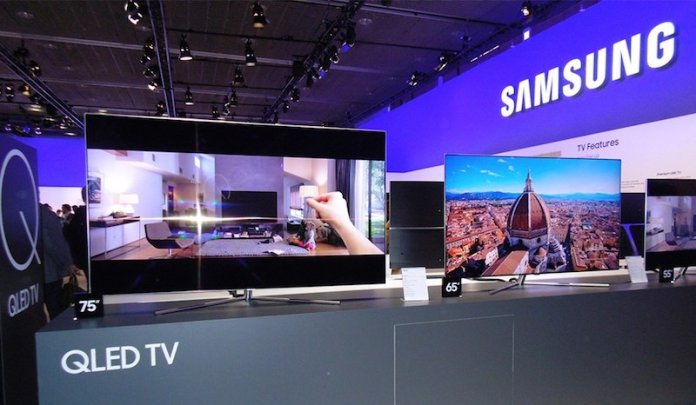 The year 2019, like 2018, came with diverse technological inventions that did not stop at phones, laptops, automobiles, applications, accessories and appliances both globally and locally. Beyond these technology innovations were exciting products from FMCG, financial institutions and health care, amongst others.

While some of these products flooded the market to the delight of users, others were withdrawn and some were held back for reasons known to the manufacturers. Pundits in various sectors have come up with reviews of some of these products that have attracted both nods and knocks. Market Place studied these reviews and came up with  a list  of some  identified worst products of 2019, in no specific order:

The device which was originally launched in April 2019 was suspended to correct some technical abnormalities. It eventually hit the US market in September, again with dangerous hitches. Notable among its errors were screen malfunctioning and device break. Technologists also faulted the numerous warnings attached to the device which ordinarily were harmless with other devices.

The warning reads: “Avoid pressing hard on the screen. Tap lightly to keep it safe.” This, according to experts, means keeping phone away from magnets, getting any water or dust near it.

“This which means even things like loose dust in your pocket could get into the hinge and cause damage, despite new protectors to help prevent that from happening as easily as before. You can’t even use a screen protector.”

Another warning says “Do not press the screen with a hard or sharp object, such as a pen or fingernail or apply excessive pressure.”

Although considered an interesting device to explore, Galaxy Fold is believed to have fallen short of its $2,000 selling price in terms  of value, in addition to not being user friendly.

Although hailed for promoting the global village concept, report says Facebook, Google and Amazon have several missteps such as: mishandling customers’ private data, enabling misinformation and creating toxic environments for their employees.

According to Nicole Lee, a senior editor with Engadget, “Facebook was arguably the worst offender this year. The company did try to make up for last year’s failings with new privacy-focused efforts, but it has continued to fumble. Not only was it caught storing millions of passwords in plain text, it also stubbornly declined to take down false information. It has refused to ban false ads from politicians. Sure, Facebook might have a network of fact checkers to prevent dissemination of fake news, but that is pointless if politicians are still allowed to spread misinformation.”

Another tech company that committed misdeeds in 2019, as pointed out by Lee, is Amazon. She said, “Concerns from previous years lingered, with news this year about company employees potentially listening in on Alexa conversations and warehouse workers complaining of poor working conditions. The company has also come under fire for providing law enforcement with a map of Ring doorbell installations and allowing them to keep recordings indefinitely.

“But perhaps one of the most pressing issues plaguing the tech industry is how it treats its own rank-and-file. Google has allegedly retaliated against employees for their workplace activism, even going so far as to fire a few of them.

“Many Silicon Valley investors even leapt to Away’s defense, showing how widespread this problem might be. It’s indicative of a dangerous culture: one that demands excessive labour and blind loyalty. It’s that toxic mindset that is one of the key failings of the industry. Hopefully, the spotlight shone on these issues in 2019 and will pave the way for better behavior in 2020 and beyond.”

The collaboration between Cadbury and Heinz, launching a combination of their creme eggs and mayonnaise spelt doom for them in 2019. Taste – tester found the eventual taste of the mix awful, thus described it as an unholy combination.

This is another innovation that should have gathered applaud from industry watchers. According to report, in 2016, Nike released a $720 ‘self-tying shoes’ modeled after the ones in Back to the Future II. It equally released a new version in February 2019 that cost a slightly less outrageous $350. However, a glitchy software update rolled out days later prevented the shoes from connecting with the app–which means they couldn’t self-tie. Since the sneakers don’t have laces that can be tied the old-fashioned way, they essentially became useless. Although Nike fixed the software a few weeks later, critics saw this as a flop that could have left many shoeless for a long time.

5G also got its knocks in 2019. In her review, Tech expert,  Cherlynn Low, said, “When the industry was first getting together to come up with the 5G standard, the target date for the rollout was initially set for 2020. And yet, because carriers couldn’t help trying to one-up each other, 5G became the victim of confusion and customer fatigue in 2019. Meanwhile, carriers raced to see who could be the first to deploy real 5G networks. But between understanding the differences between technologies like millimeter wave (mmwave) and sub-6 GHz, as well as the ruckus over the 5GE fiasco, consumers were left with a lot of noise and not a lot of real-world examples of benefits. Even though we did make strides towards a widespread 5G rollout, there also weren’t a lot of 5G-ready devices to choose from.

“Smartphones that worked with the networks were exorbitant, so one has to be a relatively wealthy early adopter to spring for one. Plus, with most carriers currently focusing on sub-6 deployment, there’s still another wave of infrastructure updates that have to happen before the full promise of 5G can be fulfilled.”