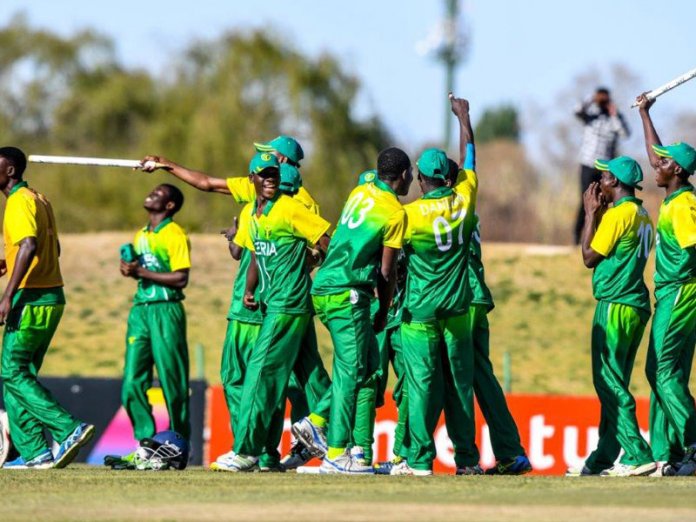 Sixteen teams including Nigeria will contest 48 matches during the next three weeks before the final at JB Marks Oval in Potchefstroom on Sunday February 9.

South Africa are hoping to become the first team to lift the title on home soil since Australia won the inaugural Youth Cricket World Cup in 1988.

But to do that they must overcome a handful of contenders, including defending champions India – who are on a mission to become the first to win back-to-back World Cups since Pakistan triumphed in 2004 and 2006.

The Nigerian team (Junior Yellow-Green) is making her debut after a brilliant qualifying ride in Namibia since March 2019.

South Africa are in Group D along with Afghanistan, Canada and United Arab Emirates. The young Proteas are strong favourites to emerge from their pool and will be aiming for their second title, after winning in 2014.

Former U17 Cricketer of the Year Bryce Parsons has the honour of captaining his country on home soil and has been described as a ‘natural leader’ by head coach Lawrence Mahatlane.

“There is a lot of flexibility with some special talent around, I am personally excited about this group and I am sure they will make the nation proud,” said head coach Mahatlane.

South Africa look in fine fettle following an eight-wicket warm-up win against Nigeria on Tuesday, which saw five bowlers take two wickets each as they dismissed their African rivals for just 61 runs.

They will aim to do the same to Afghanistan, but they will be no pushovers in Kimberley.

This is their sixth successive appearance at the U19 World Cup having made their breakthrough in 2010, while they beat England by 21 runs in their warm-up match.

Reigning champions India begin their campaign on Sunday against Group A rivals Sri Lanka, as they begin their bid for a record-extending fifth crown.

Paras Mhambrey’s men were an all-conquering force in 2019, winning the Under-19 Asia Cup in September and a Tri-Nations tournament with England and Bangladesh held on English soil.

They have not lost a bilateral series since the 2017 U19 World Cup, beating South Africa, Sri Lanka and Afghanistan away from home, while they beat Zimbabwe in their warm-up match by 23 runs thanks to half-centuries from Tilak Varma and captain Priyam Garg.

Sri Lanka and New Zealand are yet to win the tournament, although the Black Caps did finish runners-up in 1998 and have hosted the event three times, including in 2018.

Japan cannot be ruled out in a tight group. Eleven of their squad will be eligible for the 2022 U19 World Cup and their players will doubtless soak up plenty of experience from competing against established Test nations.

The team, coached by Dhugal Bedingfield and captained by Marcus Thurgate, will hope to pack a punch with off-spinner Yugandhar Retharekar capable of breaking up batting line-ups.

Group B is perhaps the one to watch with three former champions in Australia, England and West Indies converging.

The three nations – whose senior sides have all won the ICC Men’s Cricket World Cup – are joined by Nigeria on their U19 World Cup debut.

Nigeria face Australia in their first match on Monday January 20, in Kimberley while the highly-anticipated clash between Australia and England is set for January 23 at Diamond Oval in Kimberley.

Pakistan are in Group C with Bangladesh, who will look to bring their fine form over recent years to the big stage of the U19 Cricket World Cup.

They will be led by captain Akbar Ali who has already declared his side can not only progress from a group that also contains Scotland and Zimbabwe but go on to win the entire tournament.