Yinka Olatunbosun reminiscences on AjibayoAkunkugbe’s production of the world-acclaimed hit jukebox musical, Mamma Mia! which stood out amongst the charm shows of the festive season

Nolstagia rippled through many in the audience at the West African premiere of ‘Mamma Mia!’ performed at the Shell Hall, MUSON Centre, Onikan recently. The enchanting musical based on the songs of the Swedish pop group, ABBA, written by the British playwright, Catherine Johnson had its music composed by two of the original members of the band, Benny Anderson and Bjon Ulvaeus. Since its debut in 1999, Mamma Mia has been a box-office success, recording over 65million audience worldwide. It is the 9thlongest-running show in Broadway history and indeed the 7th longest-running show in West End history.

For a play with strong history of star-studded cast, featuringPierce Brosnan and Meryl Streep in some of its early productions, a director like Najite Dede would have been under pressure to deliver a world-class act in the lead rolefor the Lagos edition. Hence, the searchlight fell on Nigeria’s leading gospel singer and best kept stage secret, Chioma Sylvia Odimba who played the role of Donna. Odimba was the queen of the stage in her undergraduate days at the Obafemi Awolowo University, Ile-Ife where she studied dramatic arts. Her love for music had been felt in major cities of the world where she has performed hergospel songs.

Through her, the audience understood the dilemma of Donna, a taverna owner in a Greek Island, whose 20-year-old daughter Sophie (Maggie Osiobor) is about to wed Sky. Unknown to her, Sophie has stumbled upon an old diary where Donna had kept some intimate notes on her escapades with three men and how any of these could have been the father of her child. Wishing to be accompanied by her father on her wedding day, Sophie sends a wedding invitation to the three men: Sam (architect), Harry (banker) and Bill (writer) in her mother’s name just about three months to the wedding. The arrival of these men on the island set the mood for the mother of all conflicts in the drama.

In the play’s resolution, the identity of the father is still not ascertained and Sophie walks away from the wedding, leaving the reverend father (Jide Kosoko) and the entire guests completely dumbfounded. Sam, who had wanted to help Donna rebuild the tavern but was distracted by Donna’s anger, decides to cease the moment by asking Donna’s hand in marriage.

One eye-catching feature of the musical produced by the Ajibayo Akinkugbe Foundation is the set design by GboladeLeke. The stage design visually proclaims the themes of romance, love, marriage, pleasure, and other sub-themes packed in the six weeks of rehearsals articulated in a two-act show. The girl power in Mamma Mia is very strong and is easily traced to the co-executive producer and project director Ireti Bakare-Yusuf, an advocate of women-supporting-women. Associated with the globe-trotting ‘women story’ production, ‘Hear Word,’ it is no-brainer that Bakare-Yusuf would not hesitate to work with the producer, Soji Akinkugbe on this project.

“It has been Soji’s ambition to stage an international musical theatre production in Nigeria for the last three years and that dream is what you are witnessing,” said Bakare-Yusuf.

Mamma Mia is a bagful of positive energy, sing-alongs, applause, emotional recalls, witty dialogue, beautiful spectacle, textured music (with thanks to conga drums and shekere accompaniment backstage), masterful choreography, as well as goose pimple moments judging by its responsive audience. A defining moment with the music was when Donna belted ABBA’s “The Winner Takes it All”. Odimba only got into the Donna character within two weeksthat she was reached by the voice coach, Dupe Ige Kachi.The poster boy of Nigeria’s contemporary musical Patrick Diabuah was totally in control of his role but didn’t give away the trick he was to play in the end.

For a burlesque kind of theatre that Mamma Mia was, a throw spot or colour filter to delineate the character of Donna while in performance with her trio, ‘Donna and the Dynamos’ would have been a major statement. That’s not to downplay on the role of Tanya, the rich and three-time divorcee friend of Donna and the very carefree and unmarried, Rosie.

For the choreographer, Uche Onah, the production is very unlike any musical that he had ever worked on.

“I didn’t have the luxury of time to adapt all the material to a Nigerian context. But I have seen the film and there is a big difference between the film and stage production. I had to make some effort to measure up to international standard,” he said.

editor - June 5, 2020 2:22 am
6
Guest Columnist: Okey Ikechukwu It is a fact of science that everything on earth gives out a definite radiation. It is also a fact of... 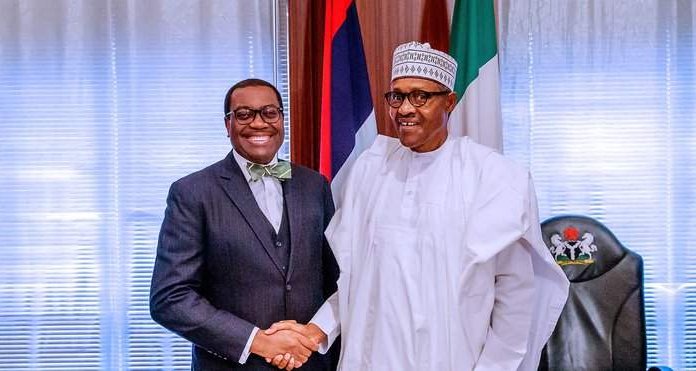