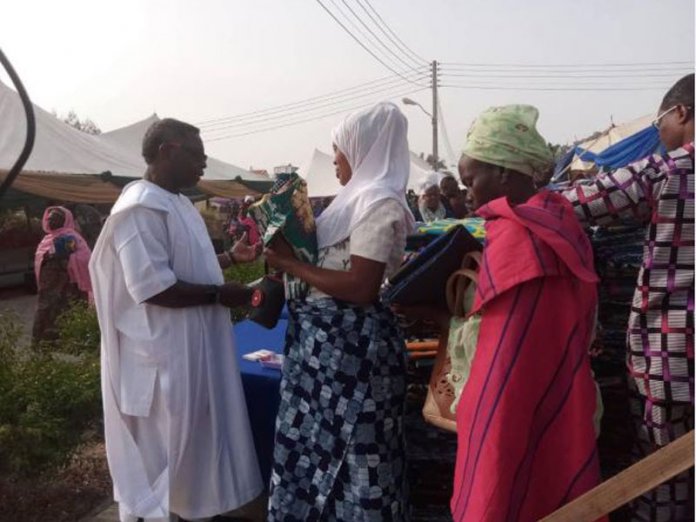 During the event, which also commemorated the 60thbirthday of the cleric’s wife, items like fabrics, cash and food were donated to over 21,000 widows in Osun and its environs.

Pastor Ashimolowo revealed that the gesture started with just 300 widows 14years ago, but has today grown to over 21,000 participating in the annual event.

He explained that he has decided not to just preach but have an empowerment crusade, four times a year at different parts of the country where the beneficiaries would participate in the empowerment scheme with a specific goal, adding that other parts of the nation not just Osun citizens have to be empowered.

“Whenever, I am in Nigeria and I see over 600 youths doing menial job in the morning, some of whom have first degrees, it pricks my heart”, Ashimolowo noted as he revealed further, “I plans to give out poverty alleviation relief materials to the less privileged and would teach the beneficiaries how to make wealth in order for them to be self-reliant.

“I have pictorial view of a Christian crusade where we cannot just preach but give the people empowerment scheme, medical care, and also teach them how to catch fish not just giving them fish”.

Expressing hope in the present administration, Ashimolowo said very soon the nation would experience the dividends of the leadership of President Muhammadu Buhari.

“I think he is leader that has a better view of the nation but needs the cooperation of government officials and those in the helm of affairs to support his goals.

“The president needs all hands on deck to transform our nation. If corruption is what the president is fighting it means that everyone in various sector must work tirelessly to see that it is tackled,” he added.

He said: “I am therefore, using this medium to call on illustrious sons of Osun, well-meaning individuals and political office holders to emulate the cleric and provide similar assistance to the widows in their respective communities.

“The United Nation General Assembly emphasised that empowerment of women, including widows is a critical factor in the eradication of poverty and are integral part of the society, it is part of our focus in the state.

“It is my humble belief that this occasion will mark a turning point in the life of our widows and bring succour to their plights through this empowerment and various other skill acquisition programmes.”

While appreciating Pastor Ashimolowo for putting Ode-omu on the global scale as he had established a university where most of the students are on his personal scholarship scheme, Alabi said, “This is not religion but enhancing government efforts and we encourage others to support the vision of the cleric by joining force to provide health facilities in order for the people to have access to medical facilities because a lot of them don’t pay attention to their health”.

In the same vein, the General Overseer of Christ Livingspring Apostolic Ministry (CLAM), Woke Oladiyun said Pastor Ashimolowo epitomises Christ in all his doing by giving hope to the widows.

He called on the church to support the cleric and pray for him to continue with the vision of impacting society, positioning Nigerians for Christ.