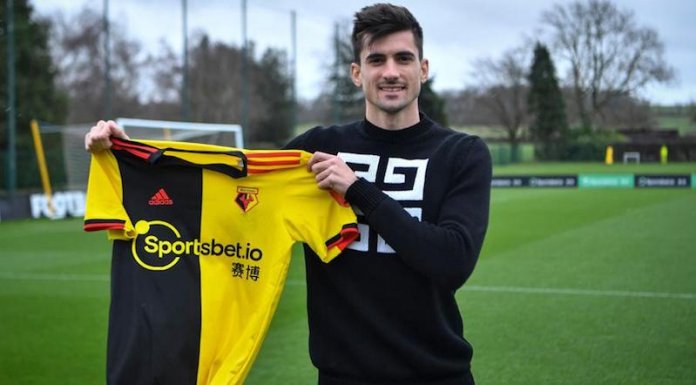 Watford have signed Udinese winger Ignacio Pussetto for £7m on a four-and-a-half-year deal.

Pussetto, 24, who joined the Italian side in 2018 from Huracan in his native Argentina, can also play as a striker.

He has largely been used off the substitutes’ bench this season and scored his only goal in 14 appearances in a 3-1 defeat by leaders Juventus on 15 December.

In all, he scored five goals in 50 appearances for the Serie A side.

Watford have been in inspired form following the appointment of Nigel Pearson as the club’s third manager of the season on 7 December.

The Hornets have won four of their past five Premier League games, their best run since winning their opening four games of last season.