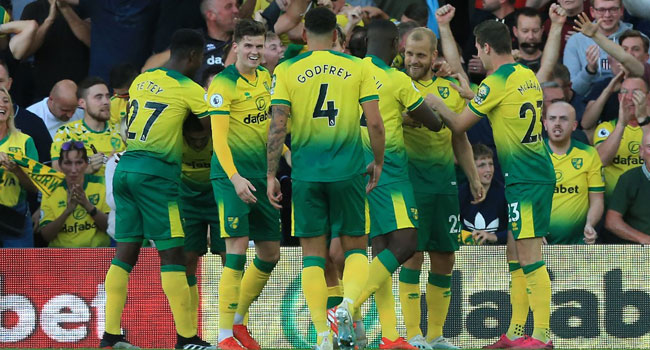 Norwich City fan, Barrie Greaves, left 100 pounds ($130.59) in his will so the struggling Premier League club’s players could have a drink on him, the BBC reported on Saturday.

Norwich tweeted a photo of their squad raising a glass to Barrie, who died on 28 December aged 83.

He had always joked about leaving money for the players and his daughter Sarah laughed on seeing the clause in his will.

“He specifically said it was to thank them for the entertainment – the good times and the bad times,” she said.

“And I think this sort of last year has been that, you know, the joy of promotion and now, the sort of fight for Premier League survival.”

Norwich won the Championship (second-tier) last season but are bottom of the top-flight standings seven points adrift of the safety zone after Saturday’s 4-0 loss at Manchester United.

Barrie left instructions for his funeral, on 20 January, to be “a joyous celebration and definitely not on a match day.”