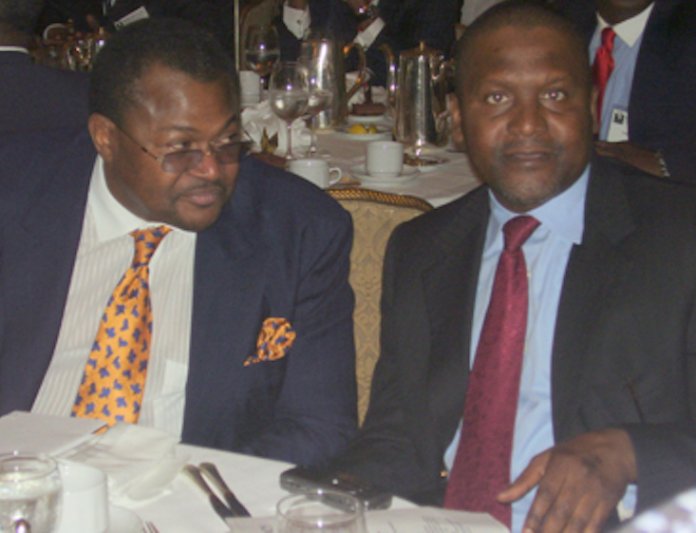 Forbes and Bloomberg are two international media organisations that rank net worths of the richest people in the world. Meanwhile, recent rankings on world billionaires, released by the both organisations, showed some disparities, which calls for some concerns. Bamidele Famoofo reports

The latest ranking of world billionaires released by Bloomberg in the first week of January 2020, showed how 500 of world’s top billionaires fared as at January 2, 2020. The Bloomberg Billionaires Index (BBI), as it is called, indicates that some billionaires across the globe weathered the economic storms of 2019, increasing their net worths, while most of them recorded drops in their fortune.

The Bloomberg Billionaires Index is a daily ranking of the world’s richest people. ‘’In calculating net worth, Bloomberg News strives to provide the most transparent calculations available, and each individual billionaire profile contains a detailed analysis of how that person’s fortune is tallied,’’ the company explained. Bloomberg L.P. is privately-owned financial, software, data, and media company headquartered in Midtown Manhattan, New York City. It was founded by Michael Bloomberg in 1981, with the help of Thomas Secunda, Duncan MacMillan, Charles Zegar, and a 30 per cent ownership investment by Merrill Lynch.

American internet and aerospace entrepreneur, media proprietor, and investor, Jeff Bezos, according to Bloomberg, maintained its position as the wealthiest persons in the universe. Bezos, American, is best known as the founder, chief executive officer, and president of Amazon.com, Inc. The first centi-billionaire on the Forbes wealth index, Bezos was named the “richest man in modern history” after his net worth increased to $150 billion in July 2018. In September 2018, Forbes described him as “far richer than anyone else on the planet” as he added $1.8 billion to his worth when Amazon became the second company in history to have a market cap of $1 trillion.

Though Bezos’ wealth dropped to $115billion as of January 2, 2020, according to Bloomberg, he remained the undisputable richest man in the world. Bill Gates and Bernard Arnault followed as second and third with $113 billion and $105 billion respectively. Warren Buffett was the fourth with $89.3 billion on the world billionaires list published by Bloomberg.

Dangote, with an estimated worth of $14.8 billion, remains the richest man in Africa for the eighth year running. He was the only Nigerian on the list of the top 100 billionaires released by Bloomberg in its yearly billionaires’ list.

Nigeria’s only billionaire on the Bloomberg’s list of top 500 richest persons in the world after Dangote was Mike Adenuga, who Bloomberg ranked 499th. According to Bloomberg, he had a net worth of $4.36billion as at January 2, 2020.

Globacom, a Lagos-based company, with presence in virtually all states in Nigeria, has 47 million subscribers in Africa’s most populous country, and also operates in Benin and Ghana. The Globacom self-made billionaire increased its net worth by 21.4 per cent, representing $769million year to date, in the review period. Last change in his net worth was $33.1million or -0.8 per cent, according to Bloomberg.

Going by Bloomberg’s estimation, Adenuga’s net worth of $4.36billion, as at the time of the rating, can buy 3.53million troy ounces of gold, 81.9million barrels of crude oil. His wealth, according to Bloomberg, is equivalent to 0.0242 per cent of the GDP of the United States, 1.10 percent of the top 100 U.S. college endowments and 69 percent of the top 200 U.S. executives’ total awarded compensation.

Just like Bloomberg, Forbes rated the Amazon man, Jeff Bezos, the wealthiest in the world as of January 3, 2020, though his net worth was $2.5billion different from what Bloomberg announced.

Forbes magazine is well known for its lists and rankings, including of the richest Americans (the Forbes 400), of the America’s Wealthiest Celebrities, of the world’s top companies (the Forbes Global 2000), 30 Under 30 and The World’s Billionaires.

Meanwhile, Forbes Real- Time Billionaires’ list of Forbes Magazine as at Friday, January 3, 2020, obtained by THISDAY showed that Bezos had $117.5billion as against Bloomberg’s $115billion. It represented a difference of $2.5billion. While the Microsoft man, Bill Gates, also an American like Bezos, ranked number two in the Bloomberg listing of billionaires, Bernard Arnault, another American was second on the Forbes ranking with $111.7billion while Bill Gates with a total networth of $108.8billion came behind Arnault as the third richest man on earth. Meanwhile, Bill Gates occupied the second position in the Bloomberg billionaire ranking.

Dangote’s estimated worth in the latest Bloomberg ranking surpassed an earlier ranking by the Forbes Magazine, which placed his fortune at $10.8 billion in the 2019 Forbes Africa’s Billionaires’ list.

He retained his position as the richest African for the eighth consecutive year on the Forbes list as well.

Africa’s richest man, with his improved worth of $14.8 billion, according to Bloomberg, sits on Dangote Industries Limited, a closely held conglomerate.

It would be recalled that Dangote was also recently named as the sixth most charitable man in the world by Richtopia, a digital periodical company that covers business, economics, and financial news, based in the United Kingdom. This recognition came after he endowed his foundation, the Aliko Dangote Foundation (ADF) to the tune of $1.25 billion.

Dangote started his foundation in 1981, with a mission to enhance opportunities for social change through strategic investments that improve health and wellbeing, promote quality education and broaden economic empowerment opportunity.

Aliko Dangote Foundation was however incorporated in 1994 as a charity in Lagos, Nigeria. Twenty years later, the foundation has become the largest private foundation in sub Saharan Africa, with the largest endowment by a single African donor.

The primary focus of Aliko Dangote Foundation is health and nutrition, supported by wrap-around interventions in education, empowerment and humanitarian relief.

On the other hand, meanwhile, Mike Adenuga, the second richest man in Nigeria and 202 in the World, according to Forbes, garnered a total of $8.7billion in wealth as at January 3, 2020, which represents a wide margin when placed side by side with Bloomberg’s $4.36billion and 499th position. While Dangote ranked 96th amongst the world’s Billionaires, according to Bloomberg, Forbes placed the number one man in Africa in 195th position.

A media and financial analyst, Douglas McIntyre, while making an attempt to explain the differences that exist between Forbes and Bloomberg Billionaire index noted that neither of the two could be said to be better than the other, or perhaps worse.

“Once again, the time lines between Forbes and Bloomberg are different, so who is to say who the world’s first, second, third or fourth richest man or woman really are? Clearly, it is impossible to weigh, unless perhaps the measure is made minute by minute — which cannot be done. Forbes claims an army of reporters who sift through everything from public holdings and real estate builds its list. The magazine’s editors say they try to confirm the numbers with the billionaires themselves, who, of course, may not tell the truth,” McIntyre said.

McIntyre concluded: ‘’How big a difference is there between the methods of measurement? Each of the two media would say its own is better. However, it is the “daily” yardstick that begs to be questioned.’’