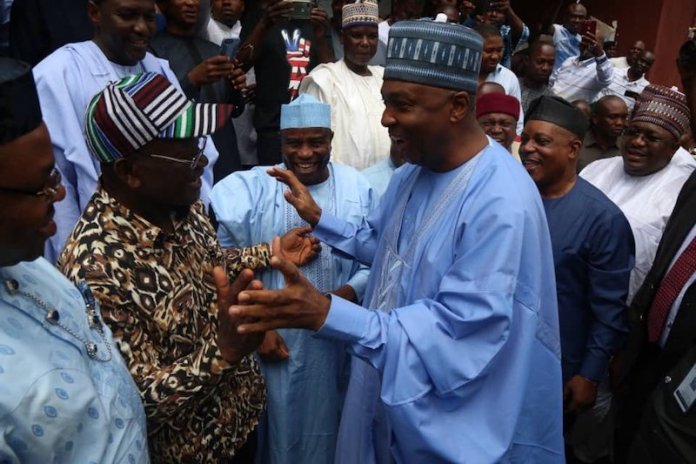 With the tenure of the Bayelsa State Governor, Hon. Henry Seriake Dickson, ending soon, together with his chairmanship of the Peoples Democratic Party (PDP) Governors’ Forum, the battle to succeed him has begun to gain momentum. At least three governors from the North are gearing up to contest the position, when it becomes vacant. The occupant is expected to be a critical factor in the next presidential election in 2023.

The position of the PDP Governors’ Forum started with former Akwa Ibom State Governor Godswill Akpabio in 2014, when a crisis of succession erupted in the Nigeria Governors Forum (NGF), with then Governor Chibuike Amaechi of Rivers State and Governor Jonah Jang of Plateau State squaring up to each other.

Chairmanship of the PDP Governors Forum is rotated between the North and South. The immediate past governor of Ekiti State, Ayodele Fayose, had handed over to his colleague from Gombe State, Ibrahim Dankwambo, who at the expiration of his tenure handed over to the current chair, Dickson.

However, as Dickson is billed to bow out this February, the governor of Sokoto State, Aminu Tambuwal, his Benue State counterpart, Samuel Orton, and the Taraba State governor, Darius Ishiaku, are said to be lobbying intensely to become the next chairman of the PDP governors.

Their aspiration is already generating tension, which is quite understandable, because the next chairman of the forum would either be a major factor in the 2023 presidential run or in serious consideration as the party’s standard-bearer. It is widely believed that there is a subtle understanding among key actors in the two leading political parties that the next president of the country would be chosen from former governors.

According to a source, which pleaded anonymity, the PDP Governors Forum chairman is seriously in contention, as the governors are believed to control the delegates and are also the major financiers of the party.

There are 15 governors currently elected on the platform of the party,
The forum, as a powerful bloc, is a formidable force in the party, especially for the second term governors, who still nurse future political ambitions. Wherever the governors throw their weight is almost always where the majority of the people head.

Tambuwal is the deputy chairman of NGF, the main umbrella body of the 36 governors in Nigeria.
The source told THISDAY regarding Tambuwal, “If he becomes the next chairman of the PDP Governors’ Forum, coupled with the fact that he was Speaker of the House of Representatives for four years, then, he would be unstoppable in his presidential quest in 2023.

“This is why his alleged resolve to become the chairman of the PDP Governors’ Forum is causing some ripples among his colleagues. He is also going about his ambition discretely. PDP as a political party cannot intervene in who becomes the chair, but the party always has interest because of the enormous powers the forum usually enjoys.”
On the other hand, Ortom is not being taken seriously. He is a newcomer, who just defected from the All Progressives Congress (APC).

Although he was National Auditor of PDP from where he was appointed minister during the administration of former President Goodluck Jonathan, before ending up as governor, the odds are not in his favour.
According to the source, “Ortom’s consideration in the race is basically because he is a second term governor from the North-central and the only PDP governor from the zone.”

Ishaku, on his part, is one of the second term governors of the PDP from the North-east and also a former minister during the administration of Jonathan. The source considered his aspiration critical, as former Vice President Atiku Abubakar is from the zone. But it is not clear if Atiku is nursing a presidential ambition ahead of 2023 or whether he would support Ishaku. However, many believe it might not be in Atiku’s interest for Tambuwal to emerge the next chairman of PDP governors’ forum.

“It is obvious both Atiku and Tambuwal still have their eyes on the presidential job,” the source explained, adding, “Whoever becomes the next chairman of the PDP governors is entirely the prerogative of the governors.

“But don’t rule out intervention from some politicians.”
On the role of the South-east governors, the source said, “They are qualified especially, the second term governors, but the rotation of the office of the chairmanship of the forum between the North and the South basically rules them out. 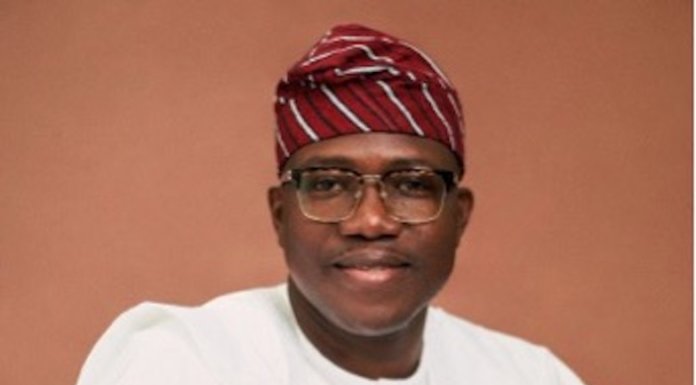