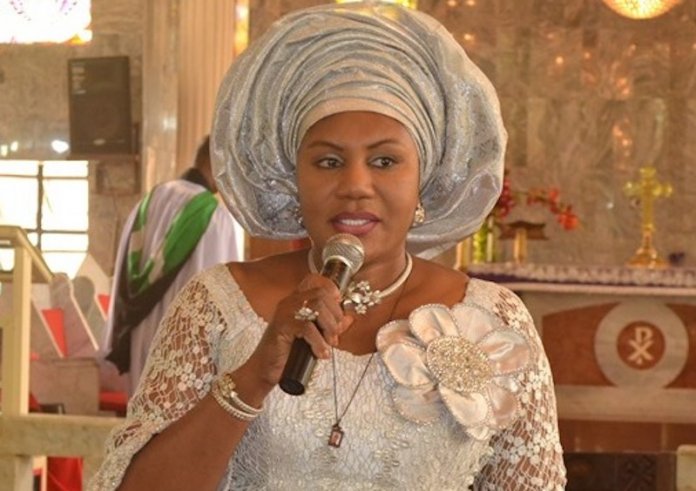 Since the wife of the Governor of Anambra State, Mrs Ebelechukwu Obiano, fed the homeless in downtown Houston in the United States, it has been a herculean task trying to convince a few persons that charity is not domiciled in a place. That it may begin at home, but must not end there.
Perhaps the parable of the Good Samaritan in Luke 10:25-37 tells a better story of charity.

The Bible in recording the story never suggests that acts of charity were alien to the Jewish society. Rather it tries to show that charity is not limited and can come from the least expected person. It equally picks hole in the piety of the priest and the levite.
Those opposed to the little acts of charity shown on Houstonians – battling against want – by Mrs Obiano were not thinking right. It may be fair to argue that they did not take into account the following.

One, that what Mrs.Obiano did, and has been doing, predates her present status as the wife of the Governor of Anambra. Two, that what she took to downtown Houston in U-Hauls, pitted against what she had taken to them in the past, were mere token.
It is only strange that they are waking up to this realization. Regardless, it does not seem that what she did violates any known laws since it is yet to be proven it got in the way of public till.

Prior to her present status as the wife of the Governor of Anambra State, Mrs Obiano had engaged in charity works both in Nigeria and in the US. She did so through Caring Family Enhancement Initiative (CAFÉ) project, a non – governmental organization. It is well to remember the work was done through free will donations from public-spirited individuals from Anambra State and beyond. The donors, most of whom are private businessmen, are fully acknowledged by CAFE. To date, the beneficiaries of this great work of charity, especially in Anambra have been indigent widows, the aged, the disabled, the unemployed, waifs and others on the wrong side of life.
No time did the activities of CAFÉ interfere with those of the government. No time was its source of funding hazy or done through the instrumentality of the state.

To this extent, it beats reason to input waste of state fund for a project privately sponsored. Note that what were alleged to be taken in U-Hauls to the needy at downtown Houston were mere food items which anybody with passion for charity could afford. If the argument is that the wife of the governor should not have extended these acts of charity to the hungry in the US because there are enough hungry mouths to feed in Anambra, let it be known that she cannot possibly satisfy every need. The needy will always be around after her. No one person can deal with the challenges successfully even if what were given out in Houston were added in feeding the hungry back in the state.

It is doubtful if any other governor’s wife, since Anambra, has committed more resources to charity than Mrs. Obiano. She has fed the poor in the state. She has clothed the naked in the streets. She has housed the homeless in the village. She has trained the unskilled and equipped them. All these are unvarnished truth.

Even as she is yet to give up on these little acts of kindness, the custodians of public good would not let her. She has become the butt of every attack – deserving and undeserving. But it must not be lost on any that we are all subject to human frailties. Ebelechukwu Obiano was a wife, a mother before her present status. Her choices could be tempered but not completely taken away insofar as they do not violate her status, that of the governor and the state. Anybody can take to criticism, but it must not be seen to be bad-tempered.

Casting slurs on public office holders does not make for a healthy development. There should be a limit to taking liberties with stories concerning the wife of the governor.

There is nothing wrong in pointing out errors of government with a view to correcting them. But effort is not to be spared in drawing a line between a person and his office. The idea of criticism is lost once a personality rather than an office is made the butt of attack.

Poverty has no succour anywhere and there is nothing to be said in defence. Anybody passionate about the poor needs no prodding to act. Condemning the Houston gift as a waste and likening it to carrying coal to New Castle smacks of lack of understanding. America may be big, but it does not lack the destitute of life. If it were sufficient unto itself, the Houstonians should have declined the hand outs. Onweghi onye ozulu ma ya yoba!
––Ejike Anyaduba,
Abatete.