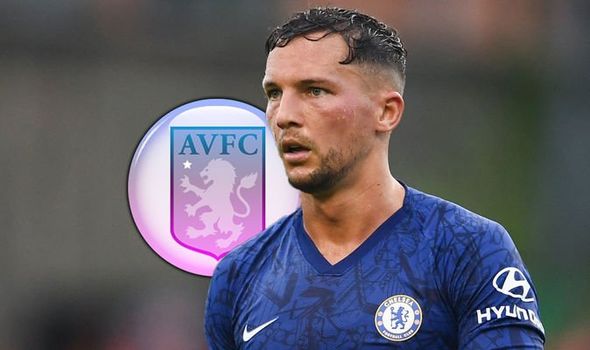 Chelsea midfielder Danny Drinkwater has joined Aston Villa on loan until the end of the season.

Drinkwater spent the first half of the season on loan at Burnley but only made two appearances.

The 29-year-old has three England caps and helped Leicester City win the Premier League in 2015-16, but he has failed to make an impact at Chelsea following his £40m move in 2017.

“I’m massively excited to come to such a big club like Villa,” he said.

“I want the club to stay in the Premier League 100%, that’s why I have come here to help the team and personally to get game time.

“It’s been a clear aim of mine this season to play.

“It obviously didn’t happen in my last club but I am looking forward to the challenges and hopefully we can do well.”

Drinkwater has made just 12 Premier League appearances for Chelsea since his move from Leicester.

“Danny was a key member of Leicester City’s title-winning team and has represented England, so he is a vastly experienced player,” Smith said.