The murder of Soleimani is a dangerous precedent that must not be allowed to stand, writes Charles Onunaiju

The bumbling Washington’s regime of Mr. Donald Trump has finally crossed the line; cold-bloodily assassinating formal top actor of another State on the street. Major General Qassem Soleimani is not a shadowy chief of a murderous extremist band or a boss of a violent drug cartel, not even a commander of rebel army or a rogue general on the run.

He was a charismatic general of an established and legally recognized institution of a formal state. General Soleimani is the military commander of Iran’s elite Quds force or the Islamic Revolutionary Guard, the equivalent of U.S Special Forces or the marine.

General Qassen has discretely arrived in the neighbouring Iraq, where Tehran has been playing vital role to stabilize the country after it was devastated by the United States, and was on small convoy of cars from the airport, when the deadly drone attack was orchestrated killing both General Qaseem and his Iraqi host, along with few others. Mr. Trump and his Secretary of State, Mr. Mike Pompei gloated over the state sponsored murder of a senior military official of another state. This is certainly crossing the lines. Assassinating foreign leaders through the complicity of intelligence agencies with local proxies are normal routine in the deadly game nations sometimes play, as in the overthrow of Chilean leader, Allende Salvador in 1973, or the 2011 assassination of the Libyan leader.

But there is not yet a case until now when a head of state ordered the killing of a key actor of another state in peace time, despite ideological or political disagreement. Mr. Trump’s Washington has set a dangerous precedent that must not be allowed to stand otherwise, key state actors of other countries, be they military commanders, diplomats, ministers, heads of state think tanks and banks, even scientists could be framed for unproven terrorist acts and simply murdered by the accusing state. The murder of General Soleimani was cowardly and showed that Washington has long but unsuccessfully labored to find local proxies and accomplices within the Iranian rank, and in desperation, chose the most cowardly way to murder a distinguished military commander.

Washington should have declared war against Iran and go ahead with some military dexterity to take out General Soleimani in a battle, with his troops either decapitated or put in disarray. To take out a military leader on a routine state visit without troops or arms is an action that is beneath the famed prowess of the U.S military.

In remarks that should worry Americans about the intelligent quotients of those they have put in high offices, President Trump claimed that he ordered the killing of General Soleimani to prevent war and not to start one. Mr Pompeii who issued advisory for Americans to leave Iraq immediately without even going to their embassy in Baghdad for consular help claimed that the killing of General Soleimani would make Americans safer in the region.

Iranian foreign minister, Mr. Zarif was right on point when he called Mr. Pompeii, an arrogant clown masquerading as a diplomat when the US secretary of State claimed that Iranians were dancing on the street, following the murder of Gen. Soleimani.

Despite the small circle of his Republican party co-travellers, the vast majority of Americans including key political figures have expressed outrage and queried the wisdom in the murdering of a man, who would do more harm to America, while dead, than he would have done, when and if alive.

Even more serious and sober U.S administration has poor record of post-conflict peace-building and reconciliation, which has left the U.S. bogged down in places like Afghanistan and Iraq. A chaotic Trump’s regime characterized by internal purges and dissensions can hardly be expected to pick up the pieces from the fallout of Washington’s most heinous decision in a normally restive region.

Anyone who imagined that the killing of General Soleimani would have no consequences only had to take a look at the stock markets worldwide and how panic is driving them downwards even as oil prices takes a leap upwards. And these are mere jitters to anticipate Iran’s furry.

General Soleimani is a towering military figure in the Middle Eastern region. At the peak of the power of the Islamic State (ISIS), when Washington and Gulf states in the region were treating the deadly extremist jihadists with kid gloves, General Soleimani orchestrated a hard and harsh military reprisals that put the delusional zealots in disarray, and restored the modicum of territorial integrity of Iraq and Syria, two key states targeted by ISIS as the fountain head of their dream worldwide caliphate.

Despite the chaos in the neighboring Afghanistan, General Soleimani, ensured that the extremist Jihadist never get a foothold there.

It is ironic that President Trump, who demonstrated absolute zero tolerance for the Islamic State (ISIS) could order the cowardly murder of the strategic arrow-head in the defeat and dismantling of Islamic State. Many commentators, including respected Americans have worried that as with Mr. Trump regime, the murdering of General Soleimani may not have been thought through.

Iran and the United States have had troubled relations and have both used harsh and bombastic epithets to describe each other. From the time, America’s doyen of Foreign Affairs, Henry Kissinger claimed that Iran is not a state, but “revolutionary cause devoted to mayhem,” up to Mr. Trump who invited all “nations of conscience” to counter Iran and Teheran’s inspired popular chants of death to the “great Satan”, in reference to the United States, bitter recrimination has been normal between the estranged countries.

The joint comprehensive plan of action (JCPOA), the meticulously negotiated nuclear deal over Iran’s nuclear program, however, opened a path of détente in the relation between the states, before President Trump announced the withdrawal of the United States from the deal in May 2018, plunging the relations between the two countries into ice, with Washington routinely purveying “regime change,” and maximum pressure,” with no obvious sign that Teheran is fracturing, in response.

Last year, Washington had one of its unmanned spy plane brought down by the Iranians and President Trump later said that he called off, supposedly punitive military reprisals against Iranian targets, after being advised that the cost of the attack would be nearly 200 dead. Later Iranian oil tanker was seized in the coast of Gibraltar by British Special Forces ostensibly at the U.S prodding. Almost immediately, the Iranians retaliated by grabbing a British flagged ship in the strait of Hormuz but the tit- for- tat confrontation was resolved when both ships were released by their respective captors.

Though conflicts have continued to simmer between the two states, it has never been taken to the level of gruesome assassination of key state actor.

That is why Mr. Trump’s action in ordering the assassination of General Soleimani is a dangerous escalation that is unprecedented in contemporary international relations.

Iran traditionally does not bluster and the firm commitment of the Iranian leadership to seek revenge for the state-sponsored murder of their top state official is sending jitters across the world. The American regime of President Trump must be held accountable for consequence of their thoughtless and heinous action and key regime figures including Mr. Trump himself should be individually held responsible for turning a revisionist page on the emerging multi-polar world order, in which, finding a common ground despite differences is the defining creed of contemporary international cooperation. 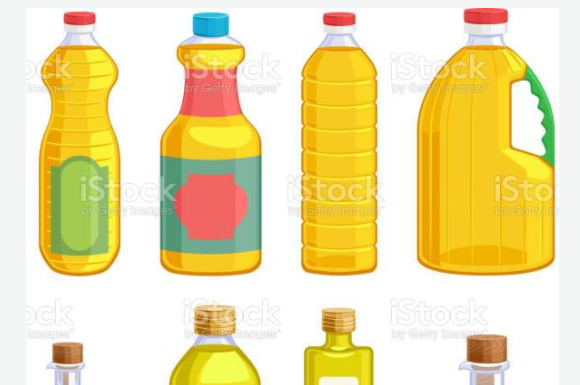