Some commercial banks have designed means to avoid the recent slash in charges on withdrawal from Automated Teller Machines (ATM) by the Central Bank of Nigeria (CBN), investigation by THISDAY has shown.

The central bank recently reduced the N65 charged on remote-on-us ATM after the third withdrawal in a month, to N35.
Remote-on-us are transactions done by a card holder on another bank’s ATM.
The policy became effective on January 1, 2020.

But findings by THISDAY in Lagos, showed that some of the banks have adjusted the maximum payout from their ATMs for other banks’ cardholders to between N5,000 and N10,000 per transaction, giving room for customers to use the machine to withdrawal more than necessary and get charged more frequently.

However, while all the banks still left the option of withdrawing above N10,000 on the screen of their ATMs, attempt by THISDAY to make withdrawals using another bank’s card at the banks visited wasn’t successful as the maximum pay-out on the third party ATMs were restricted to N10,000.

For instance, some of the banks visited along the Airport Road, 7&8 Bus Stop, Lagos and some bank branches at Oshodi, the buttons to withdraw amounts above N5,000 per transaction were not functional when THISDAY visited the branch at the weekend.

But those to withdraw lower denominations such as N1,000, N2,000, N3,000, and N5,000 were working.
Therefore, customers were conditioned to make withdrawals in bits and incurred charges.
When contacted on the development, the President of the Bank Customers Association of Nigeria, Dr. Uju Ugubunka, expressed dissatisfaction about the development.

He described the situation as unfortunate, offensive and anti-customer in nature.
Ugubunka, who is the immediate past Registrar of the Chartered Institute of Bankers of Nigeria, added: “This means they have reconfigured their ATMs in search of more charges to make more money.

“It is unfortunate if banks have to go this route just to make more money. But again, you see in business, you redefine your business based on the things that are happening in the environment.

“I can imagine that if customers are aware that there are other banks that haven’t reconfigured their ATMs to that level, they would most likely tell you that they are switching over to those banks for as long as those banks would maintain such a situation.
“But when you take undue advantage of your customers that means you don’t have them at your heart. This is unfair and anti-customers.

“I believe that customers who know their rights would penalise those banks, for taking that route. And the way to penalise them is to switch to other banks that aren’t doing similar things that those ones are doing. And it’s very easy to achieve that.”

Asked if his association was likely to take any action about the development, he said, “Yes, we are planning the Bank Customers’ Forum for this year and we intend to bring it forward.

“We would discuss some of these emerging issues at the forum. We would also require some of our bank customers who have really suffered it, to report to us formally and share their experience.
“However, personally, I will take it up and I would encourage some of our colleagues to go and try it out and let’s see what they find out, and then we would take it up from there.”

The central bank in a recent circular posted on its website, amongst others, announced the downward review of charges for electronic banking transactions; review of other bank charges to align with market development and the inclusion of new sections on accountability/responsibility and a sanction regime to directly address instances of excess, unapproved or arbitrary charges.

Some of the major highlights of the new Guide to Bank Charges included the removal of Card Maintenance Fee (CAMF) on all cards linked to current accounts, a maximum of N1 per mile for customer induced debit transactions to third parties and transfers or lodgments to the customers’ account in other bank on current accounts only; reduction in the amount payable for cash withdrawals from other banks’ Automated Teller Machines (Remote-on-us), as well as from N65 to N35, after the third withdrawal within one month
When contacted, the Director, Corporate Communications, CBN, Mr. Isaac Okoroafor, said central bank would look into the matter.

He, however, explained: “The ATM is supposed to be for dispensing minor cash for minor transactions. Anybody doing major high value transactions should use any of the different electronic channels.” 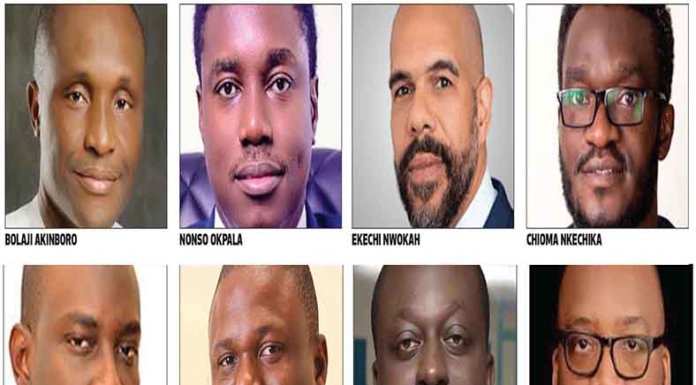