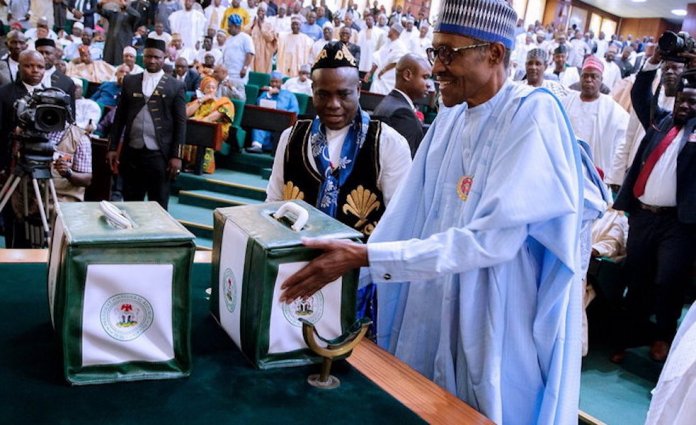 Yunusa Tanko Abdullahi
The umpteen interface and cooperation for the growth of the Nigerian economy, particularly considering the mechanisms for aggregate expenditure control and strategic allocation of resources, have all come to fruition with the signing of the 2020 Budget (Appropriation Bill) into law by President Muhammadu Buhari, the core processes of budget preparation.

The President, through his verified Twitter handle recently announced this to the public.
He had twitted: “I’m pleased that the National Assembly has expeditiously passed this Bill. Our Federal Budget is now restored to a January-December implementation cycle.”

The President had laid the 2020 Appropriation Bill before the Joint Session of the National Assembly on 8th October, 2019 and forwarded the 2019 Finance Bill shortly thereafter.

“In the 20 years since the return to civilian democracy, this will be just the fourth time that the Federal Budget was passed before the end of the previous year, and this is the earliest,” Buhari also said.

Taking into account the enormous efforts that go into the budget preparation processes, at the formal budget signing ceremony, the President said: “I wish to acknowledge the efforts of Zainab Shamsuna Ahmed, the Minister of Finance, Budget and National Planning, the Budget Office of the Federation, and all stakeholders, who collaborated and worked painstakingly, to produce the 2020 Appropriation Bill, that I have just signed into law.”

The formal signing event, which held at the State House had in attendance, the Vice President, Yemi Osinbajo, Senate President, Ahmed Lawan, Speaker of the House of Representatives, Mr Femi Gbajabiamila, Others at the event were the Secretary to the Government of the Federation, Mr Boss Mustapha, as well as Mrs. Zainab Ahmed.

It is indeed obvious that the budget preparation process is a powerful tool for coherence, whereas the budget itself is both an instrument of economic and financial management and an implicit policy statement, as it sets relative levels of spending for different programs and activities. More obvious has been an urgent need for accelerated fiscal reform in Nigeria and the fact that it is gaining attention from the country’s leadership is positive.

On top of all the 2020 Budget groundwork has been Minister Ahmed, a name that is worth to be ingeniously ingeminated. She and her colleagues within the Ministry and Budget Office and other key stakeholders ensured that during the budget preparations, trade-offs and prioritisation, among programs, were made to establish that the 2020 Appropriation Bill fits government policies and priorities.

She smartly worked to bring to bear the January – December budget cycle, the same for the passage of the Finance Bill, which the President is told will be done in the coming days. This, according to the President, “will also be a landmark achievement worthy of recognition, being the first time, this has been done in the last 20 years.”

In practical terms, Ahmed and her team have made sure that the most cost-effective variants have been taken up, with the means of increasing operational efficiency in government sought. She has had her eyes on details so that all these can be accomplished, having built financial constraints into the process from the very start. With all this, she has put in place an economic thrust for formulating expenditure policies, allocating resources in conformity with both policies and fiscal targets, which is the main objective of the core processes of budget preparations, and addressing operational efficiency and performance issues.

Ahmed, never set out for an overoptimistic budget that could lead to accumulation of payment arrears and muddle rules for compliance, but she has rather staked clear signals on the amount of expenditure compatible with financial constraints that should be given to spending agencies from the start of the budget preparation process. She has approached the 2020 Budget with the caution that it is possible to execute badly a realistic budget, but impossible to execute well an unrealistic budget, believing “there are no satisfactory mechanisms to correct the effects of an unrealistic budget during budget execution.”

Having been able to pull through the process of getting Nigeria to run January – December budget cycle, Ahmed has been tested and proven; as at the ninth month of 2019, it was reported that Nigeria’s Gross Domestic Product (GDP) data had raised the stakes in fight against poverty, even though the oil sector’s second-quarter rebound failed to halt slowdown and there was concern by some economists that the economy needed fiscal and monetary stimulus. Economic growth in the country slowed for the third consecutive quarter, adding further pressure on the government to fight rising poverty.

But then the GDP expanded 1.94 per cent in the three months through June from a year earlier, as said by National Bureau of Statistics. That compares with a revised expansion of 2.1 per cent in the first quarter and a median estimate of 2.46 per cent in a Bloomberg survey. Growth was reported at its lowest level since the third quarter of 2018.

Evidently, the oil sector which accounts for 10 per cent of economic output, expanded by 5.15 per cent. That was the quickest pace since the third quarter of 2018, even as crude output was little changed at 1.98 million barrels per day.

Key assumptions and parameters upon which the 2020 Budget is based include crude oil production of 2.18 mbpd while the benchmark oil price is $57. The budget assumes a deficit of 1.52 percent of the estimated gross domestic product – representing around 2.18 trillion naira – to be financed through foreign and domestic borrowing.

The National Assembly had on December 5th passed and raised the total estimates of the proposed budget from N10.33 trillion to N10.59 trillion. The spending plan includes a value-added tax (VAT) increase from five percent to 7.5 per cent. A breakdown of the budget figure as approved by the Senate indicates N560.4 billion for statutory transfers, N4.84 trillion for recurrent expenditure, capital expenditure provision of N2.46 trillion and N2.72 trillion for debt servicing. According to the budget document, the GDP growth rate is projected at 2.93 per cent while inflation rate is put at 10.81 per cent. The budget is also based on an exchange rate of N305 per US dollar.

Abdullahi, the Special Adviser to the Minister of Finance Budget and National Planning, writes from Abuja 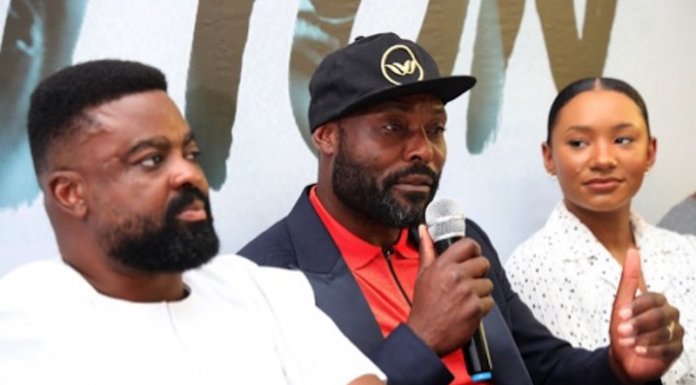 THISDAY Awards for the Decade… And the Winners Are…