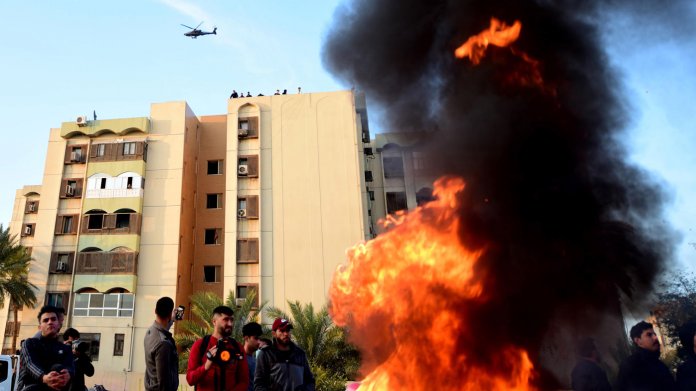 Two rockets fell on an Iraqi air base north of Baghdad that houses U.S. troops, a security source says. No casualties have been reported.

The source said the two rockets fell on the depot area at Balad Air Base, where U.S. soldiers are based.

U.S. troops were put on high alert, and helicopters hovered over the area.

The Iraqi military’s Joint Operations Command reported that a number of rockets fell on Balad Air Base and central Baghdad, according to the official Iraqi news agency INA. (dpa/NAN)