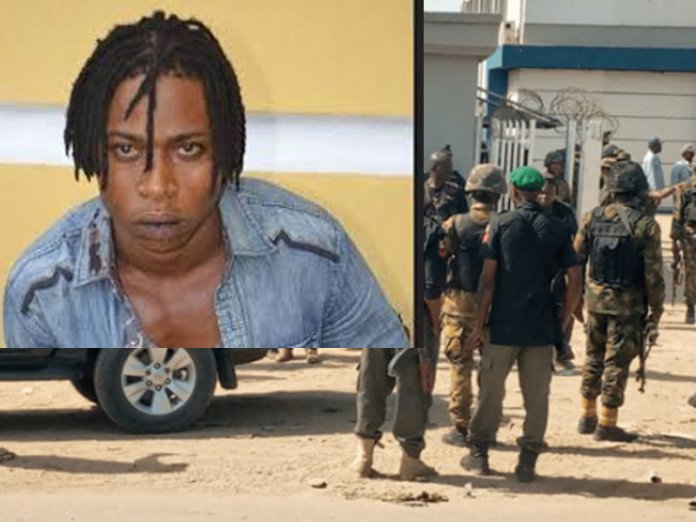 The FCT Police Command has arrested a fleeing member of the gang of robbers that attempted to rob the Mpape branch of the First Bank in Abuja.

The suspect, Ernest Ewim, 29, who escaped with gunshot wound after a combined team of police and soldiers stormed the bank while the robbery operation was in progress, is believed to be the mastermind of the robbery attack.

Four of the gang members were arrested by the police at the scene of the robbery.

A statement by the command said “following the ongoing investigation in the last Saturday’s foiled robbery attempt at a bank in Mpape, operatives of the FCT Police Command Special Anti-Robbery Squad (SARS) have arrested one Ernest Ewim (male), a member of the notorious armed robbery gang who has been at large.

“The suspect, who played a major role in the foiled robbery attempt, was arrested by the team of police detectives at his hideout in Katampe1 on Wednesday, January 1, 2020 at about 1600hrs”, it said.

“The command reiterates its unwavering commitment to ensure the protection of lives and property and provide FCT residents with quality service delivery.

“The suspects will be arraigned in court upon conclusion of investigation”, it said.