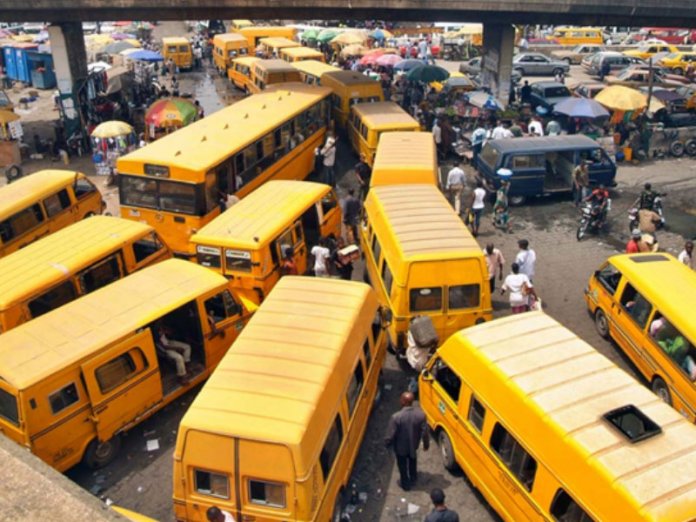 During the bad old days of General Sani Abacha, a group of Nigeria’s political and economic elites formed a pro-democracy political action organisation called NADECO (National Democratic Coalition). Among them were some of today’s most recognisable political names including John Kayode Fayemi and Bola Ahmed Tinubu.

While these elites were working out plans to take on the military junta from within Nigeria and outside the country, a younger group of people with no democratic or elite agenda was coalescing in Oshodi. The central figure of the group was a hard boiled but charismatic street fixer called Musiliu Akinsanya, aka MC Oluomo. While NADECO had a strategic focus on returning Nigeria to a civilian-led democracy, MC Oluomo’s only focus was on how to gain power and rise through the ranks of the National Union of Road Transport Workers (NURTW).

Unlikely bed fellows as they were, the two groups eventually formed a symbiotic relationship following the return of democracy in 1999. Under Bola Tinubu, Lagos State gained a handle on its hooliganism problem by bringing in NURTW and unofficially making it part of the state government. In return characters like MC Oluomo gained a level of political and economic access that opened them up to a whole new world of possibilities in Nigeria.

The Sleeping Elite and Creeping Replacement
While this political Faustian pact was being consummated, the under-40 demographic in Lagos and around Nigeria who attended private schools and attained high levels of academic enquiry and cultural sophistication were missing in action. As state and federal authorities struggled to retain control of official and unofficial thugs from outfits like NURTW and SARS this group of people holed themselves up in little pockets of bourgeois nonchalance around the country and stuck their fingers in their ears.

It didn’t really affect them, and whenever it did, the politicians would quickly see to it that something was done. Whatever MC Oluomo’s likes were up to in Isolo or Gwagwalada wasn’t really the concern of those who lived in Ikoyi or Asokoro because their connections guaranteed their safety. This situation seemed manageable for a while and then something changed.
MC Oluomo was no longer just a street legend whose name came up in weed-fueled conversations between bus conductors in Alimosho. He became a visible brand, popping up in music and political imagery. His lifestyle and family started getting coverage from gossip blogs and tabloids. His name somehow found its way into the same sentence as that of the Senate president during a heated political campaign.

Someone set up a Facebook fan page for him called “MC Oluomo Nation” and it amassed hundreds of thousands of followers. He started releasing “official” portraits of himself looking like a statesman. A Chinese ride-hailing investor recently had to consult him in his capacity as NURTW state chairman, as if he was a government regulator.

Still, the Island yuppies have not taken the clear and obvious hint as to what lies in his future, and the reason is obvious – we think that his world and ours do not intersect. Moreover, we do not think that the responsibility to find and drive solutions that will head off Nigeria’s impending economic and demographic catastrophe lies with us – it’s not our fault and it’s not our problem.

For the benefit of those of us who think of ourselves as separate from our environment, allow me spell it out: The only reason for our existence as we know it is our parents. Once our parents die (many of them already have, and most are quarter to gone), society will not simply transfer the respect and privileges it gave them to us.

Nigeria is a country packed to the rafters with hungry and extremely angry people. The barrier shielding us from facing Nigeria in its true Hobbesian state of senseless fury and violence is our parents. Our parents were able to become a protective bubble around us because of what they achieved financially and politically – these achievements are not hereditary.

The many MC Oluomos and their networks and constituencies around Nigeria do not see the value of a well-read or internationally exposed elite. They certainly do not intend to meekly lie down and be led by us once the current power are gone. The only reason the likes of Bola Tinubu were able to assert their leadership position above these types is that they actually fought a military dictatorship on behalf of everyone and thus earned the right to lead.

Those of us who grew and blossomed under the democratic dispensation other people fought for have not earned our leadership stripes by taking the lead in any appreciable way. The MC Oluomos and their people are very aware of this, and they consequently do not take us serious at all.

When Tinubu’s generation is gone, Nigeria’s new leadership across state and federal levels will be sourced from the streets and bus parks. The people in charge there are currently the only relatively young people in Nigeria who have demonstrated the ability and willingness to organise themselves into effective offline formations to take directed action. Beyond our internet profiles and social media handles, we are practically nonexistent in Nigeria’s power equation.

Too Many Entertainers, Not EnoughDisruptors

Considering that just 17 years ago, practically nobody from such backgrounds had any kind of foothold in a culture industry that had only a few luminaries like Kenny Ogungbe, Dayo Adeneye and Woody Awah, these are fantastic achievements and an important signal that we can in fact compete and carve out large spaces within areas that we currently have little or no presence.

However – while they are very important – arts, culture and entertainment are not what will save Nigeria or prevent us from being completely uprooted and replaced by the MC Oluomo types. We need more of us to publicly distinguish ourselves, band together and create groups and organisations that project and influence thought leadership in politics, government, law, construction and real estate, manufacturing, NGO and civil society, tech, finance, medicine, journalism and every other space that is critical to the existence of a thriving, democratic society.

If the people who were trained to carry out these leadership functions are refusing to do so because they lack the appetite or they think that engaging with Nigeria is beneath them, that creates the proverbial leadership vacuum that nature hates. When we do not do the job that is expected of us and thus leave a vacuum, it will be filled by people who are less qualified than we are, and this has already started happening. The evolution of a nondescript thug in Oshodi into someone with a huge following and “Politician” as his description on his official Facebook page should hint us as to what is coming.

Our Survival is at Stake
This new set of ‘elites’ without academic knowledge, exposure to new ideas or the desire to improve themselves intellectually will do much worse than the current people in power. In order to conceal their greed and cluelessness, they will label us as the convenient enemies – something that will be amplified by the visible and disproportionate media presence we currently enjoy. What happens next is demonisation where we are typecast as “corrupt” and “evil” leeches sucking away the resources of the country at the expense of the downtrodden proletariat.

If you want to have an idea of what happens when a sleeping elite through its inactivity allows uneducated and desperate chancers to dictate a country’s narrative, look no further than South Africa. In that country, while the black political and business elites focus on conspicuous consumption and frivolities – leaving the actual work of leadership undone – populist voices have successfully convinced the black majority that their salvation lies in getting rid of foreigners and nationalising white-held assets and businesses.

Again for emphasis, this process has already begun here in Nigeria, under an administration that has successfully labeled people who eat Uncle Ben’s Rice as purveyors of “colonial disdain.” Earlier this year, in supposed response to South African xenophobic violence, Lagos witnessed the spectacle of thugs damaging cars and property while attacking and robbing people in Lekki.

The new set of angry and intellectually incurious faces who are already at the gates of power in the political space either do not know us book-reading people, or pointedly dislike us. The only thing keeping us from irrelevance or outright disaster is the existence of the older elites, i.e our parents. Said parents however, are getting older and many have already transitioned. At best, we have a 10-15 year window to stake our claim in Nigeria’s economic and political leadership before our their generation disappears.

Except the plan is for an entire generation of us to emigrate or remain here and be gleefully ground into dust by the likes of MC Oluomo when our parents die, I would suggest that we start taking our existence that bit more seriously.
If you think things are bad now, wait until the NURTW leadership becomes our state or federal government. We are already halfway there.

– David Hundeyin is a writer, travel addict and journalist majoring in politics, tech and finance. He tweets @DavidHundeyin