President Muhammadu Buhari this morning asked Nigerians to be hopeful as they start the New Year, asking them to see 2020 as the beginning of a new decade of fresh possibilities.
He also reiterated his determination not to take part in future elections when his second term expires in 2023, saying he intends to leave behind a stronger electoral process as his legacy.

“Today marks a new decade. It is a time of hope, optimism and fresh possibilities. We look forward as a nation to the 2020s as the opportunity to build on the foundations we have laid together on security, diversification of our economy and taking on the curse of corruption. These are the pledges on which I have been twice elected President and remain the framework for a stable, sustainable and more prosperous future,” he said in his New Year Message.

Speaking against the backdrop of swirling rumour about him nursing a third term ambition, the president said one of his preoccupations in the next three years would be to strengthen the electoral process both in Nigeria and in the West African sub-region.

Before his clarification on his political future, the president’s spokesmen had at various times dismissed claims by many, especially by human rights activist and lawyer, Mr. Femi Falana (SAN), that Buhari nursed an agenda to change the rules to allow him to run for the third term despite a constitutional limitation that pegs presidential tenure at a maximum of four years of two terms.

The president described elections as the cornerstone of the nation’s democracy and saluted the commitment of those who voted last February and politicians who vied for offices and abided by the rules.

“I will be standing down in 2023 and will not be available in any future elections,” the president said, adding: “But I am determined to help strengthen the electoral process both in Nigeria and across the region, where several ECOWAS members go to the polls this year.”

Buhari added: “As Commander-in-Chief, my primary concern is the security of the nation and the safety of our citizens. When I assumed office in May 2015 my first task was to rally our neighbours so that we could confront Boko Haram on a coordinated regional basis. Chaos is not a neighbour any of us hope for.

“We have been fighting on several fronts: violent extremists, cultists and organised criminal networks. It has not been easy. But as we are winning the war, we also look to the challenge of winning the peace, the reconstruction of lives, communities and markets. The North East Development Commission will work with local and international stakeholders to help create a new beginning for the North-east.”

The president pledged the federal government’s commitment to continue working with governors, neighbouring states and international partners to tackle the violent extremism and the networks that help finance and organise terror.

According to him, his administration will ensure that members of the armed forces receive the best training and modern weaponry while they will be held to the highest standards of professionalism as well as respect for human rights.
He said: “We will use all the human and emerging technological resources available to tackle kidnapping, banditry and armed robbery.

“The new Ministry of Police Affairs increased recruitment of officers and the security reforms being introduced will build on what we are already delivering. We will work tirelessly at home and with our allies in support of our policies to protect the security of life and property. Our actions at all times will be governed by the rule of law.”

Buhari promised to devote more attention to addressing the infrastructure deficit facing the country by ensuring the completion of some key projects and working with others to stabilise electricity supply to the nation.

He listed key projects Nigerians should expect to come upstream from 2020 to include 47 road projects scheduled for completion in 2020/21, including roads leading to ports; substantial work on the Second Niger Bridge; completion of 13 housing estates under the National Housing Project Plan; inauguration of Lagos, Kano, Maiduguri and Enugu international airports and the launching of an agricultural rural mechanisation scheme that will cover 700 local governments within three years.

Also, in their New Year messages, Atiku, Gbajabiamila, Mark and Tinubu, expressed optimism that 2020 would herald a better future for Nigerians.
In a statement, Atiku described 2020 as symbolic in many ways, saying it would herald a new decade and require Nigerians to stay together more than ever before to take on, head front, the common enemy of insecurity that challenges the everyday lives as Nigerians, he added.

According to the former vice president in his New Year message, “I do not share the sentiment when some people claim that the outgone 2019 was a successful year for Nigerians. Such sentiment is reductionist and does the harm of making us have a false sense of victory.”

He said the bitter truth was that Nigeria remained in the throes of economic instability, with more people losing jobs and the attendant outcome of more children being out of school and more families having hard time in accessing basic needs of life.

However, Atiku said: “In this New Year, however, I will rather ask that Nigerians stand together with renewed vigour and determination to battle the hydra-headed demon of insecurity that has plagued us in the past decade.

“We must challenge the inadequacies that made us become the global headquarters of extreme poverty; much as we must work hard and fast enough to eliminate the scourge of out-of-school children in the country. These are the challenges that this new decade has thrown at us and we cannot afford to slumber and submit to defeat.”

Mark asked Nigerians not to lose hope as the nation enters the year 2020.
He urged Nigerians to renew commitment to collective prosperity and development by contributing to nation-building even as he implored the federal government to provide a defined road map for citizens to follow.

He noted that government is akin to a role model and pathfinder to which citizens should emulate.
Mark, however, implored Nigerians to reignite the indomitable spirit they are known for in order to overcome the current socio-economic and political challenges.

He tasked governments at all levels to make conscious and deliberate efforts towards addressing the issues of unemployment as well as the unabating insecurity situation so that Nigeria can work again.
Gbajabiamila said having witnessed peaceful elections in 2019, Nigeria would be better in 2020.

The speaker, in a statement by his Special Adviser on Media and Publicity, Mr. Lanre Lasisi, felicitated with Nigerians for witnessing the end of 2019 and the beginning of 2020.
He said: “2019 was remarkable in Nigeria’s history having witnessed the general elections peacefully, 2020 would be better for the citizens.”

Gbajabiamila said Nigerians should unite more against the challenges facing the country, stressing that the resolve to remain together as a people should be unshakeable.
He added that Nigerians cannot relent in prayers for continuous peaceful coexistence, adding that as an optimist, he has a strong belief that 2020 would be better for the country.

Tinubu urged Nigerians not to allow the past difficulties to deter them from the benefits of greater future.

He said: “As we look back on the past year and decade, we thank God for his kindness and mercy in keeping and sustaining us. As we enter the New Year and this new decade, we look to God to carry us forward that our nation will continue to advance as is our good and proper destiny. For each and every Nigerian, no matter your region, religion or ethnicity, may this year be a year of peace, prosperity and progress.

“May all share in the dream that is Nigeria and may that dream come ever closer to becoming our daily reality.
“No matter the odds, we strive. No matter how much others say we cannot, we still achieve. No matter how long the road, we shall walk it.” 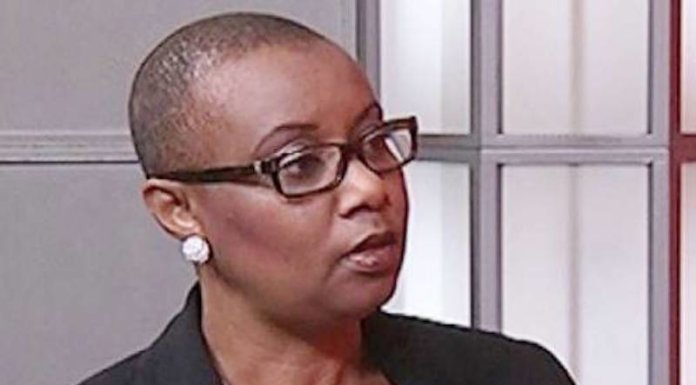