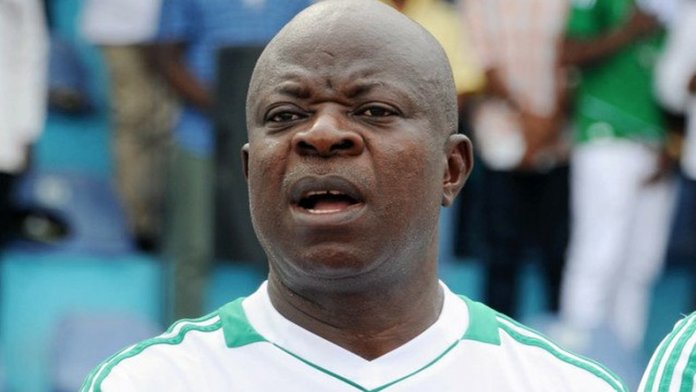 With Enugu Rangers managing to get their first point out of nine obtainable in the current edition of the CAF Confederation Cup, former Nigerian international, Kingsley Onye, has called for a concerted effort to salvage the once dreaded Nigerian football club.

Rangers held their hosts and first timers in continental competition, Nouadhibou of Mauritania to a goalless draw in Nouakchott on Sunday.

Rangers, finalists in 1975 CAF elite club tournament and winners of the second-tier continental competition, African Winners Cup in 1975, have been a shadow of their previous prestigious outlook, swimming in the murky waters of relegation in the domestic league and losing their opening league stage matches of the CAF Confederation Cup.

Kingsley Onye, a former dependable defender of the club and a major actor in Nigeria’s Flying Eagles’ third-place in 1985 U-20 World Cup said the revival of the club is hinged mainly on getting a technically sound coach for the club.

In a telephone discussion from his base in the UK, he remarked that no other person fits into that position at the moment more than Sylvanus Okpala, a former Nigerian international and one of the earliest skippers of the Flying Eagles in the 1980s.

Fondly, called ‘Quick Silver’ by the late inimitable Nigerian sports commentator, Ernest Okonkwo, Okpala played his professional football in Portugal and was a star player in the Super Eagles in the 1980s.

He assisted Stephen Keshi, as a coach in the Africa Cup of Nations winning side of 2013 before he was sidelined.

Onye said he had spoken with many of his former colleagues in Rangers and the most recurring name was that of Okpala.

He appeals to Governor Ifeanyi Ugwuanyi of Enugu State to help in ensuring that Okpala is given the reins in Rangers and that the club needed a coach that will manage the club for at least three years for the ‘Pride of former Eastern Region’ to have stability and regain its esteem both in Nigeria and in the continent.

He agreed that Okpala may have issues with his temperament, but pointed out that the situation could be managed.

Onye said that age and maturity have combined to make Okpala the tools on anger management.

He pointed out the remarkable match reading ability of Okpala and the fact that as a footballer, he fitted into virtually every position apart from that of goalkeeping.