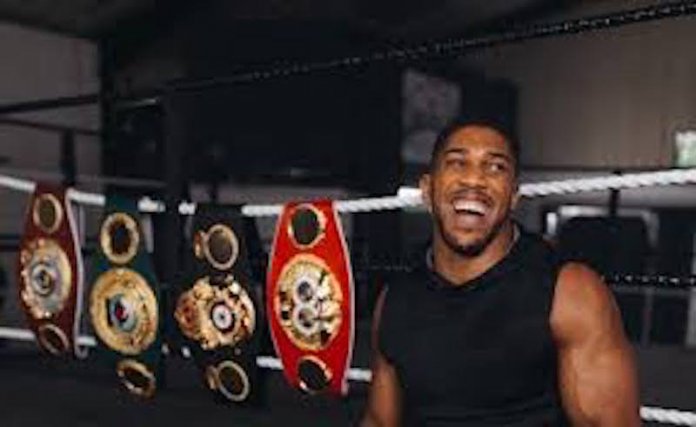 Anthony Joshua is as hungry to unify the heavyweight division as fans are to see him try, revealing he would prioritise a Deontay Wilder bout over meeting Tyson Fury in the ring.

The Watford-born champion cruised to victory in his rematch with Andy Ruiz earlier this month – putting him back on course for an iconic clash with either of the other ‘big three’ members.

Fury and Wilder will fight for the second time in February, with the ‘Gypsy King’ challenging for the American’s WBC belt – while Joshua holds the IBO, IBF, WBO and WBA belts.

On the Graham Norton Television show, Joshua was asked which of his rivals he would prefer to fight next: ‘I really don’t know. Either one of them, it doesn’t matter.

‘The preference would be the champion Wilder because it’s a championship fight, but Fury is so talented as well and it’s the best of British so why not? I’ll fight either one of them.

Wilder has voiced his doubts over the unification bout, and was highly critical of Joshua’s careful tactics in the ring against Ruiz.

However, with Joshua’s audience figures dwarfing the American’s in his recent Luis Ortiz fight, Wilder can’t sniff at the opportunity of taking on Joshua.

The ‘Bronze Bomber’s’ Fury saga is expected to become a trilogy, after the pair reached a split-decision draw at the end of 12 thrilling rounds in their first bout a year ago.

Joshua re-ignited talk of fighting either man with his dominant unanimous decision win against Ruiz in Saudi Arabia, showing outstanding mental strength to reverse his embarrassing defeat to the Mexican in the summer.

Talking on the shock loss, he said: “I feel that if you always look back you can always find a reason as to why you could have done things better, but honestly, I just got beaten by the better man.

“I have to take it on the chin and do it better next time.’