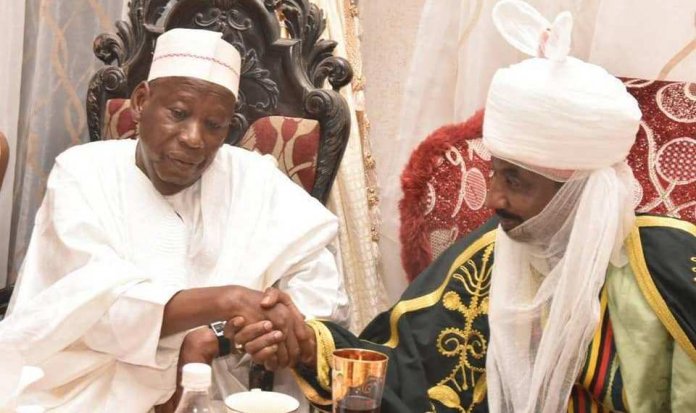 The latest move to end the feud between the Emir of Kano, Mohammed Sanusi II and the state governor, Abdullahi Ganduje, is a welcome development, writes Olawale Olaleye

Perhaps, a lasting relief is coming the way of the Kano Emirate, which has been troubled for many months running following attempts to balkanize the centuries old emirate by Governor Abdullahi Ganduje of the state. This, many reckoned, was not unconnected to the animosity between the governor and the Emir, Mohammed Sanusi II.

Although there had been attempts to subdue the hitherto growing animosity between the two leaders by common friends, including the Ekiti State Governor, John Kayode Fayemi, Sultan of Sokoto Sa’ad Abubakar II and Africa’s richest man, Alhaji Aliko Dangote, their efforts only yielded momentary reliefs as the fight continued even more vigorously.

But the latest relief is coming on the behest of the intervention by the presidency, which reckoned there was need to halt the tide in collective interest particularly, the need to salvage the Kano Emirate, because of its historical importance as well as the cultural and tourism beauty it boasts as an ancient city.

This was on account of a 10-man peace committee headed by a former Head of State, Gen. Abdulsalami Abubakar, mandated to end the faceoff between Ganduje and the Emir.

According to the statement, the committee was working with the full understanding and cooperation of the federal government, adding that initial contact had already been made with Ganduje and Sanusi on the need to embrace truce in the interest of peace and development of the state.

In addition, the statement stated that the governor and the Emir were implored to direct their supporters and sympathisers to refrain from “making statements declarations, releasing songs, writing articles, and taking other actions inimical to the spirit and process of good governance, order and reconciliation.”
The two leaders, it was learnt, had also agreed to hold back from taking any further actions until the committee finalised its assignment.

The Kano State House of Assembly, it would be recalled, had at the peak of the perceived disagreement between Ganduje and Sanusi passed a bill for the creation of four new emirates – Rano, Gaya, Karaye and Bichi – and also made them first class monarchs.
Sanusi, who felt it was a deliberate move to whittle down his authority, however, challenged the process at a Kano High Court.

Thus, in November, the court delivered judgment in favour of Sanusi, directly faulting the process that led to the creation of the new emirates. But a latest judgment by another Kano High Court held that Ganduje followed due process in creating the emirate councils.

Latching on the latter court ruling, the state Executive Council approved the Emirate Council Bill 2019, and encouraged Ganduje to appoint Sanusi chairman of the state traditional rulers council for a period of two years.

He also said the headship of the council would henceforth be on rotational basis and warned that sanctions awaited any Emir that failed to attend council meetings thrice without convincing reasons.

When last week, Ganduje issued an ultimatum to Sanusi to either accept or reject his appointment as the chairman of the council, close observers knew more troubles were on the way for the emir before the latest intervention by the federal government.

Beyond the ego battle that this has become is the need salvage the Kano Emirate because of the many things it represents. Indeed, the emirate is one of the major prides of the state and core north, even though there had always been moves to balkanize it.

Those with very good sense of history knew that regardless of civilisation and development, the Kano Emirate represents more than just the personal aggrandizement of an individual.

It is also for this reason that General Abdusalami, who is good at making peace between people of different race and creed, must handled this with all its seriousness. This, therefore, should not be difficult to handle for him, knowing full well that it holds more for Kano to have the emirate as one than pieces it into particles for political exigencies.

editor - October 25, 2020 4:57 am
6
SIMONKOLAWOLE! BY SIMON KOLAWOLE How can a peaceful protest end up with killing and maiming, burning and looting in a matter of days? For those... 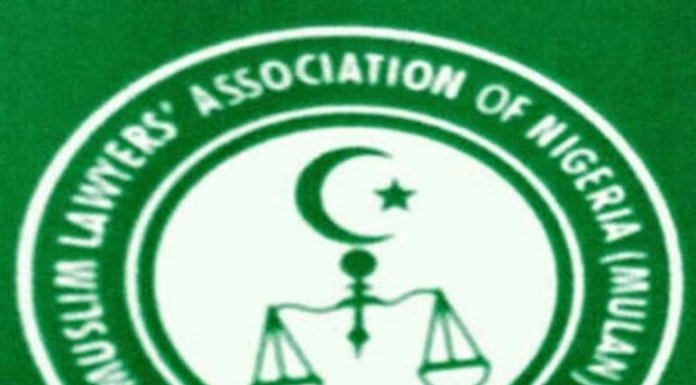