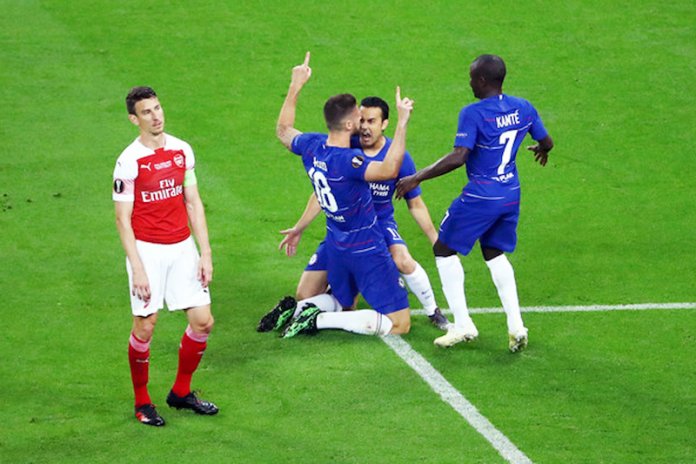 Arsenal host Chelsea in the Premier League this afternoon as Mikel Arteta takes charge of his first game at the Emirates Stadium. The Blues make the short trip across London holding a three-point advantage over the chasing pack in the race for fourth position.

After picking up a point from his first fixture in charge at Bournemouth, Arteta suggested that his new side had exceeded his expectations given their previous indifferent performances.

However, while earning a share of the spoils at the Vitality Stadium was a respectable result, the Spaniard will know that the result needs to be the start of a positive turnaround at the club.

With the draw being the second stalemate in succession after holding Everton at Goodison Park, Arsenal head into the weekend sitting in 11th position in the table after recording just five wins from 19 matches.

There remains just an eight-point gap between themselves and today’s opponents, however, and Arteta will regard the upcoming contest as a window of opportunity.

The former Manchester City assistant will also have been delighted to see Pierre-Emerick Aubameyang get on the scoresheet against Bournemouth at a time when the club captain’s future remains up in the air.

With just 18 months left on his contract, there is the suggestion that showdown talks will soon be held between the pair, but his goal on the South coast reiterated that he remains an important part of this squad until the end of the season.

Arsenal have been at their weakest at the other end of the pitch, although conceding just twice in their last three away games will only suggest to Arteta that this group of players are pulling in the right direction.

Despite the contrasting positions of the two clubs, Lampard will be feeling frustrated with his squad’s inability to build on what the Englishman considered to be their best performance of the season against Tottenham Hotspur.

Having successfully switched to a 3-4-3 formation against another of their London rivals, Lampard kept the same shape for the meeting with Southampton, only to witness his side put in another below-par outing at Stamford Bridge.

Finding a solution to their issues at their West London home will wait for another day, with Lampard needing to ensure that his players are in the correct frame of mind before heading into a second derby showdown in quick succession.

While Lampard may opt to revert to the same team which began at Spurs, the surprise element of using Mason Mount and Willian has gone, likely making it easier for Arsenal to construct a game plan.

The form of Callum Hudson-Odoi has become a talking point with the academy graduate having struggled since the start of November, but the 19-year-old does not necessarily deserve to be singled out at this time with no-one in a Chelsea shirt showing the level of performance required on a regular basis.

While Lampard is unlikely to cause many surprises with the personnel, this is one of the final chances for his current crop to show what they can do before their manager enters the transfer market for fresh faces.

Having missed out at the weekend, Nicolas Pepe could be handed a starting role by Arteta as he looks to freshen up his starting lineup.

Chelsea midfielder Mateo Kovacic has also completed his one-match suspension, with the Croatian potentially being preferred to Jorginho.

Mount may come into the team in place of Hudson-Odoi, while Reece James is an option on the right side of defence if he is able to shake off an ankle problem.

Today’s encounter represents the 199th competitive meeting between the two clubs, with Arsenal registering 77 wins in comparison to 67 victories for Chelsea.

Neither side have been able to put together successive triumphs in this fixture over normal time since Chelsea recorded 6-0 and 2-0 successes in 2014.

This will be the first contest between the teams since Chelsea recorded a 4-1 win in the Europa League final in May.