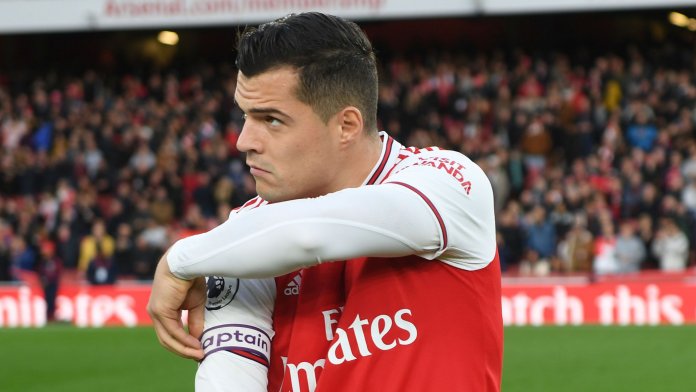 Granit Xhaka has agreed terms with Bundesliga side Hertha Berlin, according to the Arsenal midfielder’s agent.

It is understood Arsenal are looking to recoup as much of the £35m they paid Borussia Monchengladbach in 2016, but Xhaka’s agent José Noguera is hopeful a move can be concluded

Noguera said: “Look, I say it frankly and honestly: we agree with Hertha BSC and would like to go to Berlin. We told Arsenal’s club boss Raul Sanllehi and sports director Edu – as well as the new trainer Mikel Arteta. “

He added: “Arsenal was informed about all the steps, the player and Hertha are clear. It is only about the transfer fee of the clubs.”