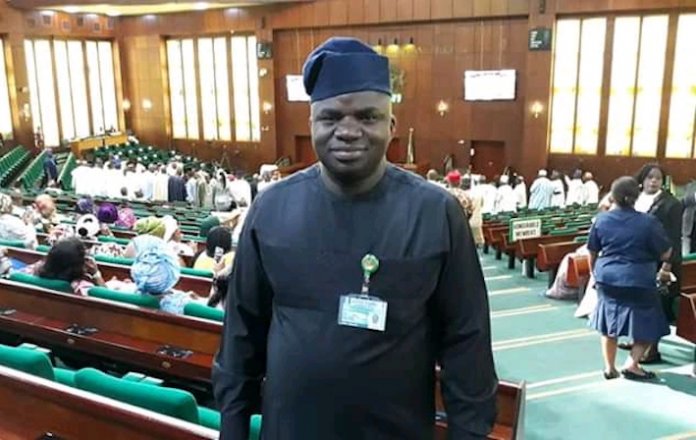 Maren, in a statement, said: “The recent abductions, among many instances of insecurity in our nation show the extent to which the terrorists have grown, all owing to the laxity of government and other concerned parties to do the needful.”

Ukambong was reportedly abducted alongside another aid worker simply identified as Asabe, while four other travellers were killed along Monguno-Maiduguri Road in Borno State by Boko Haram in an ambush.

Maren said: “I’m pained that for the third time in three months, four of my innocent constituents have been abducted by Boko Haram in Borno State.

“These are harmless citizens who by reason of their professional callings have found themselves working in the troubled north-east region, providing humanitarian help to victims of insurgency.

“The entire Mangu-Bokkos constituency is yet to recover from the experience. Now we hear of the abduction of Miss Jennifer Ukambong, a medical aid worker with Alliance for International Medical Action.

“Ukambong, an orphaned indigene of Bokkos Local Government Area, was kidnapped along with several others in a brutal ambush along Monguno-Maiduguri road on Sunday, December 22, 2019, the day she was marking the 21st remembrance of her dear father’s demise.

“This came as a brutal shock to us, and as a representative of the peaceful people of this constituency, my heart bleeds. This is particularly so as reports say another indigene of Bokkos was three weeks ago kidnapped by the same insurgents in the northeast, yet nothing has been done by the authorities concerned.”

The lawmaker added that it was disturbing that even the employers of these young people have hardly made any official statement or made any efforts to ease the pains of their grieving families.

“In the case of Ukambong, the latest abductee, media reports suggest that her employers are even denying the incident, which leaves us with many questions.

“While we must not allow things that have happened to drag us back, we must consciously study past events and current trends with a view to identifying lapses for more result-oriented decisions.

“As legislators, we will continue to enact laws and carry out all necessary functions with regards to national security. I, in particular, will not hesitate to throw up meaningful debates that will guarantee the safety and general wellbeing of my constituents wherever they are. This includes the prompt and safe rescue of Ukambong and her fellow abductees.

“However, the executive in whose hands lies the power to deploy troops and/or facilitate rescue and other security missions must be active beyond words,” he said.

Maren alleged that government has been doing more of media propaganda than taking the required action to rescue abductee.

“Enough of the media propaganda; let us deploy the right military personnel with the right mindset, the right warfare and the right equipment. We cannot be budgeting huge chunks of money to national security and still be losing citizens on daily basis. Nigeria has all it takes to crush its adversities. All that is needed is the right attitude and I dare say, the kidnap of Ukambong and others in Boko Haram captivity is a test of our capacity as a nation to rise up to the security needs of our communities,” he added.

Condoling with the affected families and the people of his constituency, Maren said “given the increasing religious bias in the selection of those to kidnap or execute, drawing from the case of Leah Sharibu and others before now, the kidnap of Ukambong and her colleague is even a greater test of our religious tolerance, particularly now that the nation is battling to redeem its image following recent poor international rating on religious freedom.”