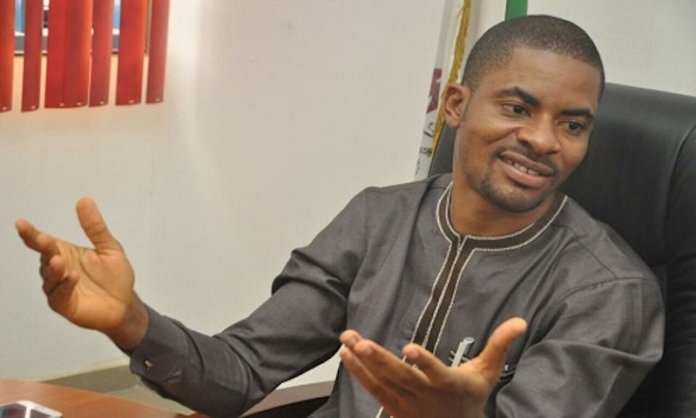 Human rights activist, Deji Adeyanju, and some members of the Civil Society Organisations (CSOs) seeking the release of detained convener of #RevolutionNow protest, Omoyele Sowore, and other detainees, notably Agba Jalingo and Dadiyata, were yesterday in Abuja manhandled by suspected thugs.

Other CSO leaders injured in the attacked were Ariyo-Dare Atoye and Adebayo Raphael.

The CSOs had gathered at the front of the National Human Rights Commission (NHRC) in Maitama, Abuja, to present a letter to the chairman of the Commission when the miscreants invaded the venue and attacked the protesters.

Sowore was rearrested by the Department of State Service (DSS) on December 6, 2019, at the premises of the Federal High Court in Abuja over yet-to-be disclosed offences and has been in custody since then.

In the process of the violent attack, Adeyanju and some members of the protest sustained some injuries and had their cloths torn, while others and journalists scampered for safety into offices within the area.

However, the injured, including Adeyanju, were then rushed to an undisclosed hospital where they are receiving medical attention.

He lamented that many had been in detention for the past 15 years without trials, describing it as inhuman.

Responding on behalf of the chairman of the Commission, the Director of Human Resources Management, Balarabe Sadiq, who frowned at the attack, asked the protesters not to be discouraged from carrying out their peaceful protest, saying as it is their right to show their grievances whenever such need arises.

He said it is the duty of police to protect all Nigerians irrespective of their tribe, religion or political inclinations, promising, therefore, to transmit the message to the appropriate quarters.

In the letter dated December 23, 2019, and addressed to the Executive Secretary, NHRC, Tony Ojukwu, the group recalled that they had two weeks ago issued a 14-day ultimatum to the Buhari administration over the illegal detention of Sowore and degenerating human rights conditions in the country.

In the letter titled: ‘Nigeria in a New Decade: A Troubling State of Affairs’, the group said their demands were against the backdrop of the crackdown on the freedom of the press, attack on the judiciary, proposed bills to curb dissent and the general environment of shrinking civic space.

The letter, which was signed by over 10 leading CSOs, regretted that out of the five demands made on the government, four are yet to be met.

According to the letter, “The five demands were as follows: ‘Muhammadu Buhari to show accountability as president and commander-in-chief, and address the country on his commitment to the rule of law and human rights.

“To release of all illegally detained persons by the DSS as revealed by Amnesty, Premium Times and The Punch Newspapers in recent months, and the government to obey all outstanding court orders.

“Investigate officers who violated protocol and the circumstances leading to Sowore’s second arrest, and the unconditional release of Sowore per his bail terms.

“However, there are still four other demands that have not been honoured, and despite the call to the government both within and outside Nigeria, the Buhari administration has remained insensitive to the cries of Nigerians.”

The rights group also claimed that the government stance has caused local and international media to reference the dark days of military rule in Nigeria with The Punch Newspapers choosing to call the administration a ‘regime’ and refer to the president by his military title, ‘Major-General’.

The letter stated: “Persistent human rights violations and restrictions on the civic space by the government of Buhari and several state governors have betrayed past efforts to push for human rights improvements for the Nigerian people. The executive arm of government at the federal and state levels is ignoring the Nigerian Constitution and international human rights obligations and commitments. By doing so, they betray the people of Nigeria and their constitutional oaths of office. We urge Nigerian authorities to reverse course and end the growing assault on human rights.

“Nigerian leadership shows no sign of stopping its oppression of the rights and freedoms of Nigerians. Nigeria continues to be governed by a deeply entrenched repressive legal framework, which is aggravated by recurring waves of massive repression against those who seek to claim their human rights. “Peaceful demonstrators, non-governmental organiszations, political opponents, human rights activists and independent media workers continue to be the targets of systematic harassment and intimidation by the federal government and several state governors.”

While the group said they would continue to mobilise Nigerians to hold their leaders to account and speak truth to power, they urged the Executive Secretary of the Commission to remind President Buhari that there are norms that a democratic system of government and freedom of speech; freedom of the press, and the rule of law are key components. 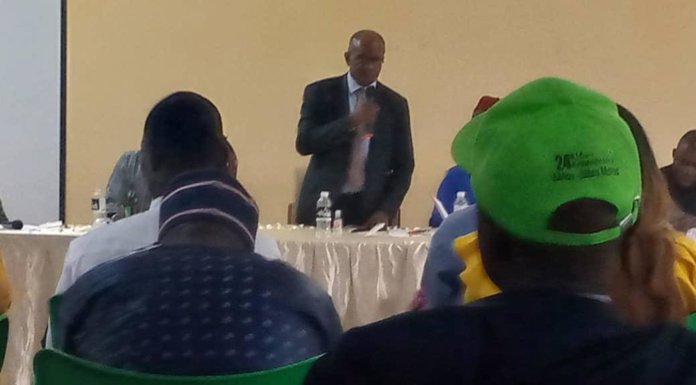