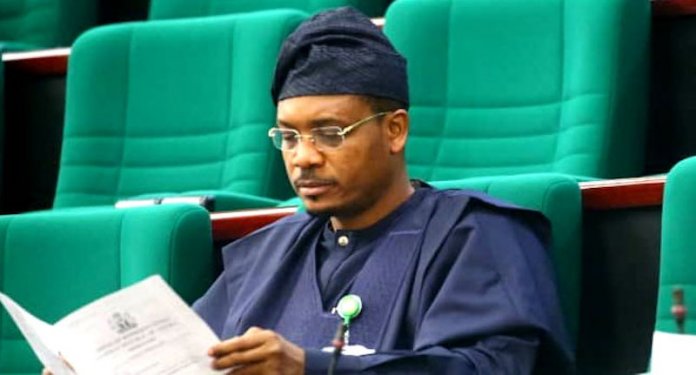 The Lagos State Police Command has arrested a member of the House of Representatives, Hon. Shina Peller for alleged invasion of Maroko Division following the clampdown of his nightclub Quilox at the weekend.

Peller, who is representing Iseyin/Itesiwaju/Kajola/Iwajowa Federal Constituency, Oyo State, was allegedly arrested while trying to take the bail of some clubbers.

However, the police alleged that its operatives had impounded vehicles belonging to the clubbers at Quilox for alleged traffic obstruction on Sunday morning and shut down the club for alleged noise pollution after they clubbed for 36 hours at a go.

According to the police, the clubbers also blocked the entire stretch of Ozumba Mbadiwe leading to the toll gate on Sunday morning and were warned, only for the practice to continue yesterday morning.

Quilox, which is owned by the lawmaker, was having its annual 36-hour clubbing, which allegedly resulted to indiscriminate parking by patrons.

Policemen who were on traffic duty were said to have impounded some of the vehicles alleged to have obstructed traffic.

A statement by Peller’s Press Secretary, Kola Popoola, claimed that the lawmaker’s offence was not disclosed to him as his phones were seized.

He said, “Peller was at Moroko Police Station to bail some of Club Quilox’s customers who had allegedly parked on the road during a show at the club.

“Prior to the kickoff of the 36 hours non-stop show which usually holds every year at Quilox, Peller had informed the concerned Lagos traffic authorities to avoid unnecessary traffic gridlock.

“On getting to Moroko Police Station, the police started harassing Peller and even went as far as seizing all his phones for no reason.

“The continuous harassment and unjust detaining of a member of House of Representatives, Peller, by the police call for urgent attention of the media, and the Commissioner of Police.”

But the police alleged that the lawmaker had stormed the Maroko Police Division at about 11a.m. with thugs to get the impounded vehicles released.

According to a statement by the Lagos State police spokesman, DSP Bala Elkana, the lockdown of traffic yesterday forced commuters to start trekking.

“The situation was so bad that commuters had to resort to trekking. Police team from Maroko Division led by the Divisional Police Officer (DPO) mobilised to the street and after much efforts, got the traffic flowing again.

“Three vehicles parked on the major highway by some customers of the club, which actually caused the obstruction, were removed to the station.

“The club owner mobilised over 50 thugs around 11a.m. and invaded the police station to forcibly move the vehicles away. The police officers on duty at the station sent a distress message to the headquarters calling for reinforcement.

“Police teams from neighbouring Divisions and Area J Command led by the Area Commander were deployed to reinforce the station. The honourable member (Peller) and five thugs were arrested while others scaled the fence and escaped.

“The Commissioner of Police Lagos State, Hakeem Odumosu has ordered the immediate transfer of the case to the State Criminal Investigation and Intelligence Department (SCIID) Yaba for in-depth investigation.

“The suspects will be charged to court. Owners of club houses in Lagos State are warned to provide parking spaces for their customers within their premises to stop indiscriminate parking on the road.

“The good people of Lagos State have the right to enjoy free flow of traffic which informed the decision of the command to declare a state of emergency on traffic. The slogan remains ‘Traffic must flow’ in Lagos State,” he said.

However, Peller’s colleague, Oloye Akin Alabi on his verified Twitter page accused the police of demanding N100,000 bribe for each of the three cars.

He said: “So founder of Quilox and House of Representatives member, Shina Peller went to bail his customers that were illegally arrested. Then the police at Maroko detained him as well. Police brutality knows no status.

“We are on our way to Panti. First of all, the cars of the customers were towed and seized for violating traffic. Fine. But they were arrested and told to pay N100,000 bribe. Why one earth do you need to pay the police a bribe after your car has already been seized?” he queried.