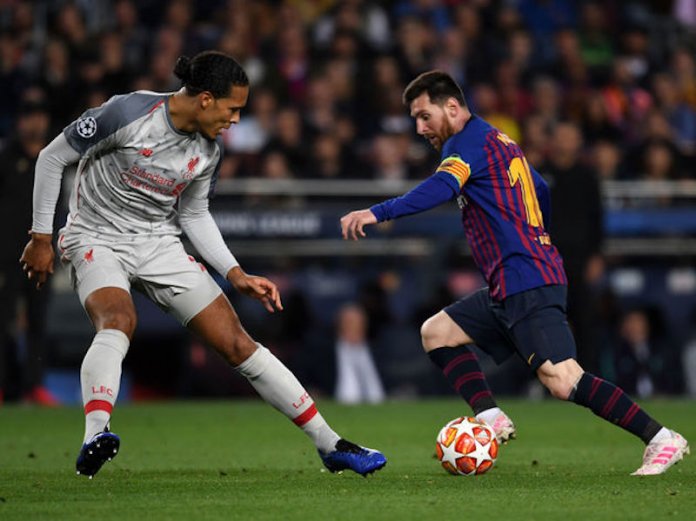 Virgil van Dijk has admitted that he was disappointed to finish second to Lionel Messi in the Ballon d’Or voting.

The Liverpool defender narrowly missed out on the top individual prize in football, losing out to the Barcelona superstar by just seven votes at an award ceremony in Paris earlier this month.

Messi took home the prize for a record sixth time, surpassing his great rival Cristiano Ronaldo, who has won the prize five times.

Van Dijk put together a compelling case for the award, leading Liverpool to the Champions League title and to within a point of the Premier League in the 2018-19 campaign.

But that wasn’t enough to take home the Ballon d’Or, an award the 28-year-old admits he was hoping to win.

“I was slightly disappointed,” Van Dijk said in quotes published in the Mirror. “I decided I would still go to the ceremony – and, in the end, it was a super night.

“I still consider it a great achievement to be up there with the ­biggest football icons in the world.”

A highlight of the evening for Van Dijk was the opportunity to speak with Messi, and despite his limited English, the Argentine was able to express his admiration for the Liverpool star.

“I spoke to Messi during the ­evening. It was not the longest ­conversation because he doesn’t speak a lot of English.

“But it was still enough to make me realise that the respect between us now also runs the other way.”

Van Dijk credited the close-knit feeling at Liverpool for the success he’s had, saying that stars of the club past and present all coexist happily on Merseyside.

“This Liverpool bunch is ­phenomenally close together,” Van Dijk said. “In my opinion, Liverpool are one big ­family – and that is why this club suits me so much.

“James Milner says the same thing – and he has played at big clubs like Man City, Newcastle United and Aston Villa.

“That’s why this club is great for me. The people are all ­humble. The legends of the great days – such as Kenny ­Dalglish and Ian Rush – travel with us during ­European weeks.

“Dalglish even sends me texts on my phone and we will have a chat at times.

“When I go to see my family after a match, I go by the boardroom and it is always full of former top players.”