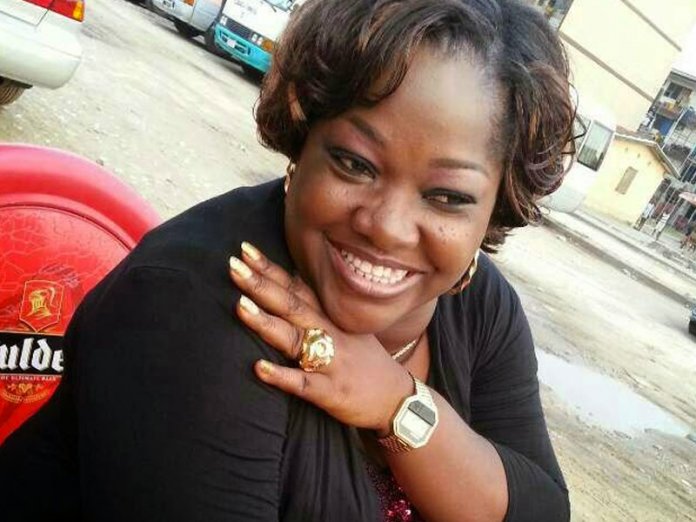 I had thought a day will come that I will do a victory copy for my dear friend, colleague and sister, Labake Yembra. I have been waiting since August 14, 2014 for that day to come.

Sadly however, that day came last Sunday, December 15, but instead of a victory copy, here I am cobbling together, an obituary copy in honour of Mrs Labake Yembra nee Lateef.

For her, it’s been a long drive through life. She got into this last lane of her life unannounced, and for 65 months (five years, and five months) she struggled courageously to get back to the lane of life. But sadly, the wheels of life steered her into eternity last Sunday.

I cannot now clearly remember how I got invited to Emel Hospital, Festac Town that morning of August 14, 2014. Labake had been admitted there two days earlier, for what I thought was just medical check up or some bed rest. But that morning, Precious Yembra, her husband had told me that there was supposed to be some surgery on her tommy, but that the surgeon had recommended that another surgery be done on her goiter before the one on the tommy. Somebody had suggested the surgery be done at the Navy Town Hospital, Satellite town. But Labake was strongly opposed to being taken to Navy Town. Thereupon, we settled for the surgery in Emel Hospital. But for the pain she said she had inside her stomach, there was no sign that Labake was sick. I discussed with her and encouraged her. I left for work. The surgery was supposed to take place at about 2.pm.

By 10.pm, I got a distressed call from Precious, lamenting that eight hours after, Labake was yet to wake up after the surgery. I was still at work. Was it a case of over doze of anesthesia? Nobody could confirm. The surgeon had long gone, promising Precious and co that she (Labake) would soon be up.

I got back to the hospital at midnight, at which time all the panic buttons had been activated. Precious and a few of Labake’s brothers around were already teary, fearing that the worst had happened. But she was yet breathing. But unconscious. The doctors were at their wit’s end, all looking very confused. We discussed briefly and decided to rush her either to LUTH or to Lagoon Hospital. We feared that the nonchalant attitude of LUTH personnel could make matters worse. We settled for Lagoon Hospital, in Apapa.

Given her weight, getting Labake from the second floor of the hospital into the ambulance that night only foretold how rough the ride was going to be. The oxygen cylinder almost refused to work. Everything was looking tough and rough. At about 1.00am, we set out for Apapa, driving through Tin Can, with Precious in the ambulance and I driving behind. We had just passed Tin Can gate when the only corridor left on the road was blocked. A trailer had broken down. The siren of the ambulance was wailing endlessly. We were stuck. Every second counted. The driver of the trailer was no where to be found. The battery of the trailer had gone dead. When Precious came out and broke down crying, it was the conductors and other drivers that came to our rescue. “Ahhhhh, somebody is about dying o”, they screamed. One brought his own battery fixed it into the broken down truck and in no time, they got the bad truck off the way. We soon got to Lagoon Hospital at about 3.00am. Another drama ensued. They needed deposit. That she was a staff of THISDAY NEWSPAPERS at the time did not stop them from asking for deposit. It was an ungodly time for offices to be contacted. I managed to transfer N300, 000 there and then, before she could be admitted.

At dawn, they had transferred her to the Intensive Care Unit, still supported by Oxygen.

For the next three months plus, Labake was unconscious. All the doctors tried all they could, daily raised our hopes, but nothing significantly changed. Lagoon Hospital almost became a second home for some of us.

When on the fourth month, she regained consciousness, and was off the gas machine, two terrible developments had occurred: she had suffered memory loss and also suffered stroke. And so another battle began. For another two months or more, the battle to recover her memory became the issue. She barely could recognize anybody, not even her husband. All kinds of gadgets were fixed all over her body. Gash, I can’t forget the wailing sound of those machines.

Gradually and steadily, the memory returned. But she could neither talk nor walk. She could hear you, nod in approval or disapproval. There was another complication. She had had terrible bed sore.

After what looked like eternity, and with the mountainous medical bill, Labake was brought back home, with the plan of bringing doctors to the house to treat her. We had to deposit the original documents of a property Labake and I jointly owned, before Lagoon could release her. The documents are still there. But Labake is now gone.

And that was how the second phase of the battle began. Doctors, physiotherapists, nurses and care minders were severally hired to attend to Labake. That was when I ever knew of air bed. That had to be changed pretty often.
Precious was undoubtedly cumbered. But he stood by his dear wife, all through, so were the two children: Ejiro and Ese.

For years, she became confined to wheel chair.

The option of flying her abroad for better treatment got hitched because of financial constraints. The airlines had demanded flying her only on Business or First Class, given her condition. The family had gone damn broke, with everything gone or sold to pay the bills.

Some contraption was created around her throat that enabled her to talk, albeit hushly. Often, the ring-like plastic device had to be properly plugged into her throat to connect the wind pipe, so she can talk. At times, the device gets blocked and had to be cleaned and cleared, fixed again and then she can resume her conversations.

But despite the difficulty and frustration she experienced trying to communicate, it never dampened her spirit. Labake was ever in high spirit.

In her new low-cut hair, her natural beauty was yet very evident. Ebullient, fun-filled and boisterous Labake remained true to her nature all through.

That we were very chummy friends is an understatement. We were so close that many people even thought or imagined that there was something else between us. We just chimed. Our spirits bonded in faithful affinity.
And that was why each time I went visiting her, the gists never ended. It always started with the dreams she had. They were always quite telling dreams.

Even in her state, she would tease and “yab” me. She told stories that got you laughing and rolling on the floor, as she also manages to laugh. Yes, she had a tough spirit. Ah Labaks, a tree has fallen!
She was a lady with a good soul, imbued with high philanthropic virtues.

Robust, intelligent and with her gait and glam, Labake was a show-stopper any day.

On Tuesday November 19, a mutual friend, Mrs Ezinne Azunna had insisted that we visited her as she (Ezinne) hadn’t seen her for a long time. We did. We had planned to spend not more than 30 minutes. But not with Labake.

Her rounds of endless gists and social reviews and updates kept us well over an hour. She was still very informed of all that was going on. She was a radio lady. Her radio was always beside her. Talking about radio, Labake and I had planned to set up a radio station, we had agreed on the name of the station and what our niche would be. She had done the preliminaries, being a former broadcaster. All that have stymied now.

On that last visit, she was still very hopeful of full recovery, so she can regain her bounce. I promised many things I would do when she recovers fully. I had even told her I would soon come and get her into the car and drive her round FESTAC town so she could see the town again, having been sequestered for over five years. And she smiled. I had insisted she lifted her legs and arms as a proof that she was getting better. She did. And the little envelope I brought for her, I demanded that she stretched forth her hand to receive it. Again, she did amidst smiles. I didn’t know that would be our last meeting.

And so when Dr Solomon Deji Ekundayo, our mutual family doctor called me very early that Sunday morning, as I was out of Lagos, I was worried that my doctor could be calling so early. I thought there was an emergency in my home. But when he spoke, it was more than an emergency: “Sister Labake is gone sir”, he announced. She had suffered respiratory seizure. It was a sad Sunday.

It would be tough adjusting to the memory of her death. Perhaps worse for the children—Ejiro and Ese. The latter had just turned 15 on the day the mother died. . The son, Ejiro, three days ago, had momentarily forgotten her mum had passed. Soon as he got back from lesson, he still went to Labake’s room downstairs to greet her, as the practice was. It was the empty bed that reminded him that his mum was gone. Eternally.

She’s had a long drive and struggle. She deserves a restful rest. We will sorely miss Labaks. May the good Lord rest the soul of my friend, sister, colleague, confidant and ally.