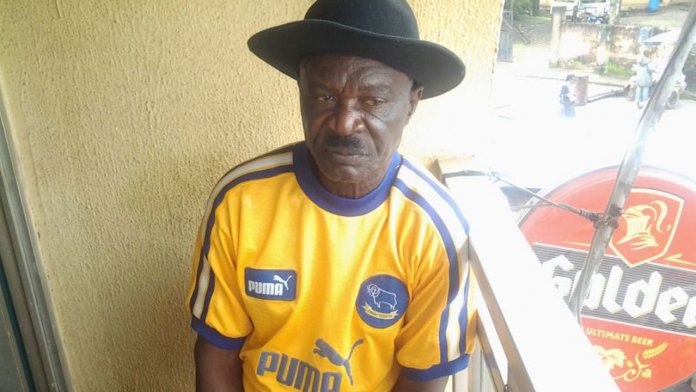 The Athletics Federation of Nigeria (AFN) has expressed deep shock at the death of veteran athletics coach,Tobias Igwe fondly called Toblow in track and field circle.

AFN acting president, Olamide George expressed shock at the passing of a man who many have credited with the geometrical successes recorded by Nigeria in the 1980s and 1990s.

”This is devastating. We have lost a true transformer of talent.Coach Igwe was linked with many of the athletes who brought honour to Nigeria in the 1980s and 1990s.It is on record he led the first Nigerian team to the IAAF World Junior Championships in Athens,Greece in 1986 to ninth position on the medals table with Nigeria emerging world champions in the women’s 100m (Tina Iheagwan) and 200m (Falilat Ogunkoya),’said George.

The AFN acting president revealed the federation has contacted the family of late coach Toblow.

‘”Our heartfelt condolences to the family of late coach Igwe during this time of sorrow. You’re in our thoughts and prayers and we are here for whatever you need.”

George revealed the board of the federation will meet in the new year to discus the best way to honour the late coach.

‘It is the least we can do as a federation.We were discussing about how to honour him for his selfless service to Nigeria about a forthnight ago not knowing death was lurking around to take the great Toblow away from us.”
In her reaction,former Nigeria queen of the track,Mary Onyali says she is heartbroken and described Toblow as a super great coach.

”Today marks yet another sad day in my life as I lost yet another dear person to my heart. Coach Tobias Igwe alias TOBLOW This is the man who made me what I am today in sports and life in general. My heart is Sooo heavy as I write, but only God knows why you have to go now and we can’t question Him. You’ve ran a great race on earth as an athlete, a SUPER GREAT COACH, and a Sports Administrator. My Love, sleep well in the bosom of the Lord until we meet again to finish what we started,’Onyali,a senior adviser on sports to the Youth and Sports Development Minister wrote on her facebook wall.

He also converted reigning Nigerian 400m hurdles record holder and 1987 IAAF World Championships finalist,Henry Amike from handball to track and field and trained the discovered and groomed Tina Iheagwan to become the first Nigerian world champion in track and field.