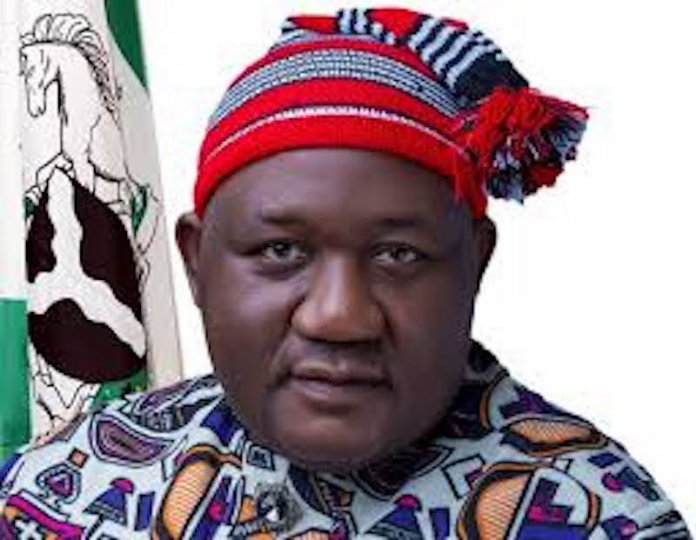 By Deji Elumoye
The Senate on Thursday suspended plenary in honour of Senator Benjamin Umajunogu, who died at his Abuja residence on Wednesday morning.
Senate Leader, Senator Yahaya Abdullahi, at plenary formally announced the untimely death of Umajunogu and moved a motion for the suspension of the day’s plenary as well as members observing a minute silence in respect of the late lawmaker.
The motion was seconded by the Minority Leader,  Senator Enyinnaya Abaribe, after which the Senate observed a minute silence and thereafter suspended plenary and all other legislative activities till Friday.
Details later…