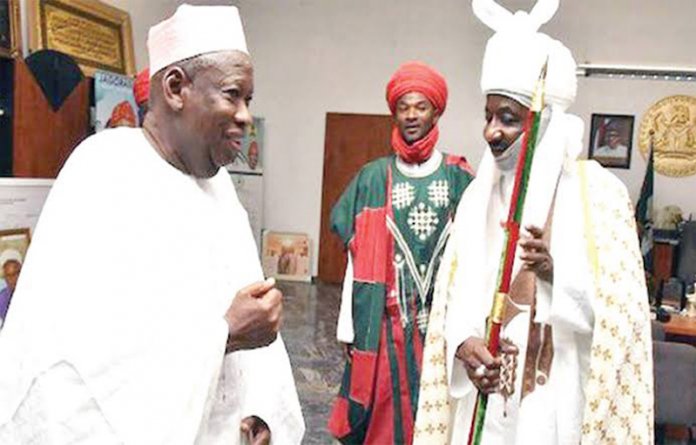 The lingering crisis that resulted in the creation of additional emirates by the Kano State Government has changed dimension with the state government insisting that the creation of new first class Emirates in the state, which followed due process has come to stay. It also said it was part of efforts to reform obsolete laws guiding the existence of the traditional institution to tally with existing reality.

The state government said for a traditional institution to stand the test of time and move in pace with global standard, it would have to be fine-tuned and restructured in such a way that it could help in accelerating the development and socio-economic reality of the people.

The Kano Emirate, headed by Malam Muhammad Sanusi II, has challenged the state government for the creation of the four additional emirates as an attempt to destroy the heritage of the traditional institutions, which spans thousands of years.

At the first stage, the state government created four new emirates, which the High Court later nullified on the ground that the petition was presented to the Assembly by a private person not a member of the House.

The government had immediately reacted to the campaign by those opposed to the creation of additional emirates with respect to the interim injunction served by a Kano High Court.

A statement by the commissioner for Information, Malam Muhammad Garba, stated that the court order did not affect the existence of the new Emirates. He said the propaganda was the evil machination of those opposed to the creation of the new emirates and would be disappointed, when the court rules on a substantive judgment.

The state government further assured its supporters that the ruling would be in favour of the state government given that due process followed in the exercise and therefore urged the people to remain calm and be law-abiding while the court decided.

The state executive council had after the court judgment nullifying the four emirates, endorsed the establishment of the four new Emirates namely Rano, Gaya, Bichi and Karaye and forwarded the list to the state Assembly for necessary action.

The state government argued that some of the Emirates even pre-dated Kano in ancient times, while the effort to revive them during the Second Republic was short-lived.

While the Council discussed the decade long clamour for the establishment of additional Emirates in the state with a view to bringing more development to the people of the new Emirates, the exercise was also informed by the need to bring traditional institution closer to the people in addition to facilitating speedy development and security in the state.

It further indicated that the introduction of the free and compulsory education at basic and secondary levels requires the active participation of the community especially, the traditional institutions for its successful implementation.

It informed that the Emirate Council Bill 2019 was amended in the public interest following a Kano High Court action that nullified the law on the ground that the petition was presented to the Assembly by a private person and not a member of the House.

Curiously, in another bewildering twist, Governor Abdullahi Umar Ganduje of the state, last week, appointed the embattled Kano Emir, Muhammad Sanusi II as the Chairman, Council of Traditional rulers in the state. This action by the state government created another controversy, which if the emir accepted the position, the court cases filled by the emirate would be defeated, automatically.

Other members are representatives of the Business Community from each emirate to be appointed by the Governor. The appointees are Alhaji Dalhat Al-Hamsad and Alhaji Auwalu Abdullahi Rano.

The Law also stipulates, as members of the State Council of Chiefs, a representative of Security Agencies, the Police, State Security Service and Civil Defence Corps, and not more than two (2) other members to be appointed by the Governor. Alhaji Nasiru Aliko Koki has thus been nominated as a member of the Council under this category. The secretary is to be appointed by the Council of Chiefs.

Section 5(1), (2) of the law provides that the Chairmanship of the State Council of Chiefs shall be rotational among the Five (5) Emirs of the Emirates and the sequence of which is to be determined by the Governor and the Chairman shall serve for a period of two (2) years only.

The appointment of Emir Muhammad Sanusi II was with effect from Monday, the 9th Day of December 2019. It was also directed that the chairman would immediately summon the inaugural meeting of the Council in accordance with the provisions of the Law.

The letter of appointment urges all members to utilise the opportunity to serve the people in the state and to strengthen the Emirates and the traditional system of administration in the State by advising the state government particularly, on matters of security. The state government also attacked those condemning the creation of the additional emirates, stating that the group, which membership is more of an opposition, is trying to, at all cost, depict that old heritage is being destroyed but could not say exactly how. But the question everyone is asking is, how will history situate Governor Ganduje? Is it as someone, who engendered development through the creation of four additional emirates or destroyed the hundreds of years of traditional legacy? Whatever it is, the jury is still out.