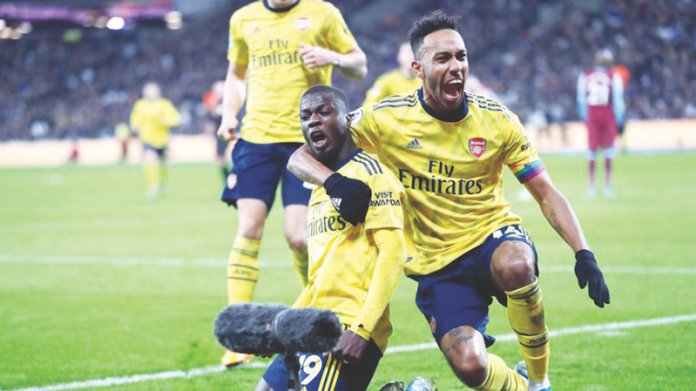 Both sides are desperate for points as Arsenal take on Manchester City at the Emirates this afternoon.

The Gunners are yet to announce Unai Emery’s permanent replacement so Freddie Ljungberg will take charge of his fourth game as interim manager and he’s under pressure to get the north Londoners back challenging for the top four.

Arsenal currently sit 9th in the Premier League table but fourth-placed Chelsea lost 1-0 at home to Bournemouth this afternoon so they can close the gap to just four points with a win over Manchester City.

Ljungberg’s Arsenal ended their nine-game winless run with a 3-1 comeback victory at West Ham before progressing as group winners in the Europa League following a 2-2 draw with Standard Liege on Thursday so the Swedish coach will be hoping to build some momentum tomorrow.

However, Arsenal will be up against a Man City side who simply have to win if they are to retain any hopes of defending their title as Liverpool moved 17 points clear with a 2-0 win over Watford yesterday.