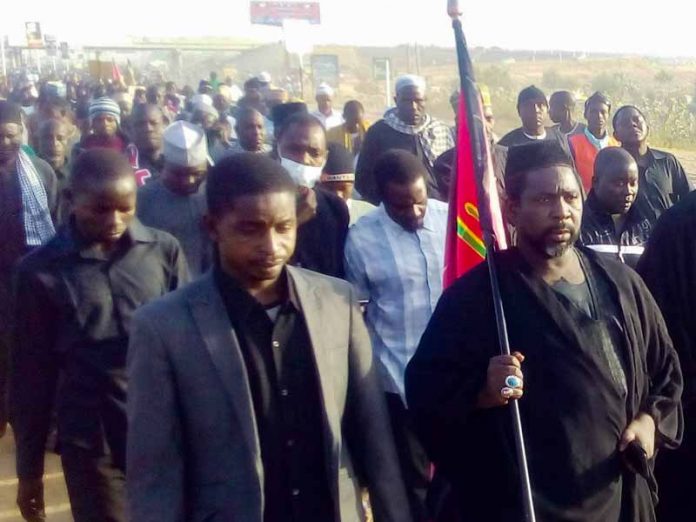 There was pandemonium at the Berger Roundabout axis of Wuse in Abuja friday, as the police fired teargas to disperse members of the Islamic Movement in Nigeria that were protesting the continued detention of their leader, Ibrahim El-Zakzaky and his wife Zeenat by the Department of State Services.

Eye witness account said police forced the protesting IMN members to retreat by firing several canisters of tear gas at them, adding that the bystanders had to seek refuge in some offices in the area.

Those who witnessed the conflict said the Shi’ites members converged on the Berger Roundabout to commemorate the fourth anniversary of the detention of their leader and his wife since December 2015.

The DSS have refused them bail in outright disobedience of several orders of various courts, attracting condemnation by civil society groups within and outside the country.