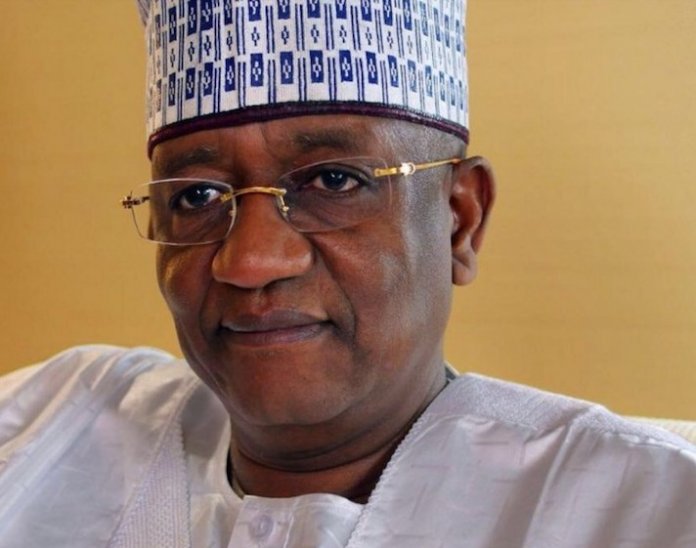 The Chairman of the Oriental Group, Mr. Muhammadu Indimi, has said oil may not be available forever, adding that it won’t be out of place for oil exploration firms to start investing agriculture.
Speaking at an agreement signing ceremony between, OER Farms Limited and the University of Ilorin for 10,000 hectares agricultural mechanisation development, Indimi said the initiative was to secure the future of his company and his children.

He said the initiative, which is a vision of close to half a decade, speaks to his commitment to support macroeconomic growth through sustainable development opportunities for all.

He said the project was also designed to develop the capacity of the University of Ilorin in agricultural research, improve farm practice, develop young agri-preneurs who would give farming a different perspective, promote local Inclusion and enhance economic viability in catchment areas.

“We are curious about that gap and our aim is to close it by exposing local farmers and students to best industry practices as well as providing much-needed support over the next 21 years.

“Nigeria can achieve better results and own a robust, thriving agriculture sector with vast export value. We are happy to play our modest role in joining President Muhammadu Buhari on the national food security journey.”

Also speaking at the agreement signing ceremony in Maiduguri, the Managing Director, OER Farms, Ibrahim Indimi, said when the company finally come on stream, it would be managed in line with best industry practice to increase productivity within the sector.

He noted that the agreement follows a memorandum of understanding signed by both parties on 4th September 2019, and underscores the federal government’s progress towards food security nationwide.
He said improved crop varieties with high yielding cash crops such as maize, soya beans and cashew were proposed for the project.

He added that the collaboration would add value to Unilorin’s Faculty of Agriculture by supporting research and exposing students of the institution to best industry practice in agriculture.
He said: “Furthermore, the hands-on farm management experience will encourage graduates to develop entrepreneurial skills, which will further reduce youth unemployment. The project is also expected to positively impact local farmers,”

He noted that Oriental Group has a track record of contributing to sustainable development in Nigeria by promoting equitable quality education and lifelong learning opportunities.

He revealed that another subsidiary, Oriental Energy Resources Limited (OERL), had earlier supported the University of Uyo in Akwa Ibom State by upgrading facilities to enable the university to renew its accreditation of Chemical and Petroleum Engineering Departments.

“OERL provided funding for a 5-year supply of contemporary academic books and laboratory consumables among others. Similar enhancement of education facilities and learning environment is ongoing at the University of Maiduguri, Borno State, where a Centre for Distance Learning is being constructed by the Muhammadu Indimi Foundation,” he said.

Pointing out that “the association we are cementing today is divine”, Dr. Oyekan recalled that when he became the Chairman of the University’s Council, he was worried about how he could make impact by getting investors that could assist the University’s growth.

The Council Chairman added: “I was watching television one day, when I saw Alhaji Indimi, an old time friend, with whom I had lost contact for many years”, adding that, “hearing on the news that he had just donated more than 200 units of houses to IDP encouraged me to locate him for the help that is materialising today.”

AFRICA CUP OF NATIONS Battle of the Eagles...

AFRICA CUP OF NATIONS Battle of the Eagles...